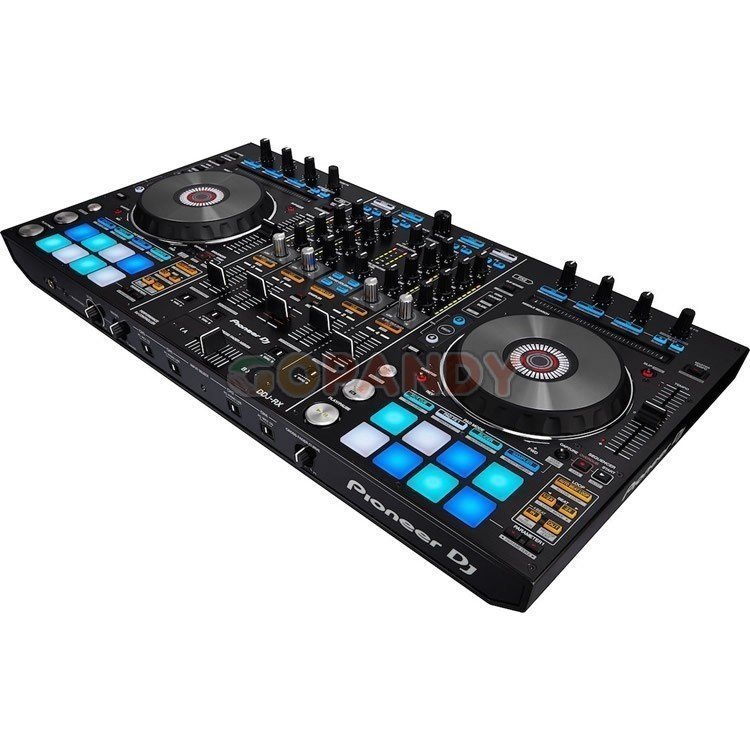 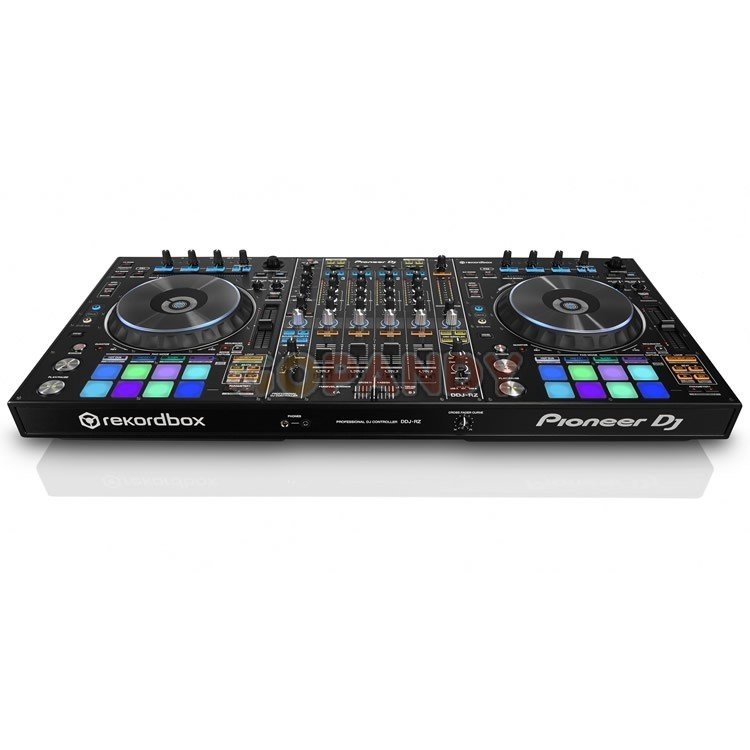 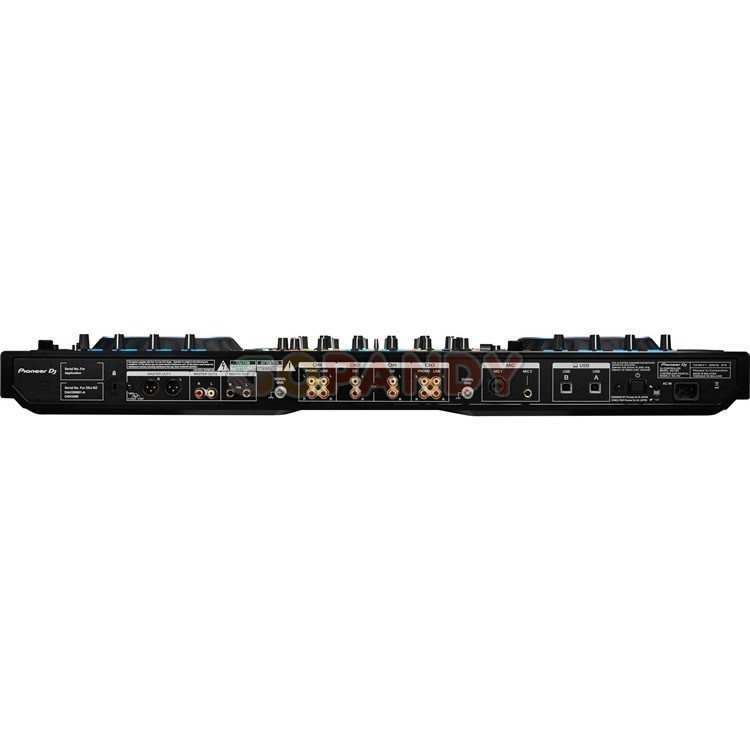 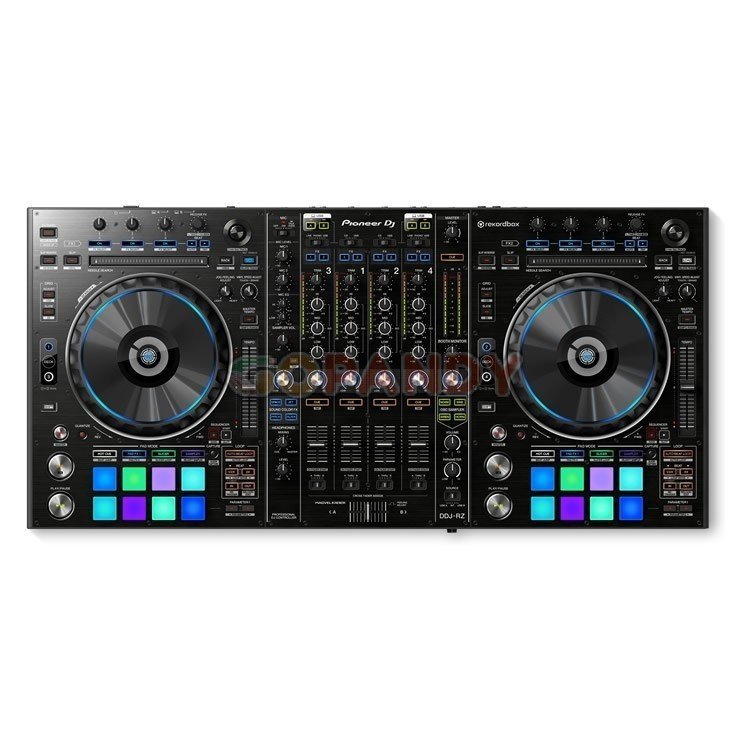 Designed to work directly with the included rekordbox dj software, the flagship DDJ-RZ rekordbox dj Controller from Pioneer provides 4 channels of DJ performance control and deep integration with rekordbox dj including dedicated buttons for recording, playback, and looping of sequence operations such as repeating, skipping, and rearrangement of musical parts.

The ergonomic design features 8 multi-color and velocity sensitive performance pads on each deck with four modes of operation including Hot Cue, Pad FX, Slicer, and Sampler. The large aluminum jog wheels can be Dual Deck enabled at the push of a button, allowing two tracks to be controlled, scratched and hot-cued simultaneously. Additionally, The RZ includes the OSC Sampler, which generates noise, sine, siren, and horn sounds, as well as user samples from within rekordbox.

The center panel of the DDJ-RZ is a 4-channel mixer with a built-in soundcard, low-jitter clock, and a Wolfson high-performance digital-to-analog converter. The mixer is capable of connecting mics, turntables, CD players and other external audio sources. Each channel features trim, FX, 3-band EQ/rotary kills, a two-way filter, and level fader. The RZ ships with an AC power adapter and a USB cable.

rekordbox dj Software
Offers the flexibility of preparing your tracks in rekordbox with plug-and-play performance directly from your laptop.

Intuitive Layout
Designed to deliver the tightest possible integration and fast response with rekordbox dj, this controller mirrors the software’s layout to give you effortless control.

Large Aluminum Jogs
The DDJ-RZ’s full-sized jog wheels are optimized for a perfect scratch response and you can use Jog Feeling Adjust to set your preferred resistance. The jogs have illuminated cue point markers and an accurate countdown for even greater precision.

OSC Sampler
Use the new oscillator sampler to overlay four pre-set sounds – Noise, Sine, Siren and Horn – and modulate the output using the dial. The sampler also gives you the freedom to trigger and manipulate your own samples loaded to the banks in rekordbox dj.

Sequencer
Record, play and loop pad routines on the fly.

Dual USB Ports
Two USB sound cards and ports mean you can hook-up 2 computers at the same time and use the top-loaded A/B switch for seamless DJ transitions.

Slip Mode
Keep tracks playing muted during live edits such as loop, scratch or reverse. Release the jog wheel and the track comes back at exactly the right place.

Well Connected
The DDJ-RZ has 6 inputs for ultimate flexibility to connect to CDJs or analogue turntables and use as a stand-alone mixer. You can also connect directly to professional PA equipment thanks to a Booth and 2 Master, plus the 2 MIC inputs have been improved to eliminate distortion.