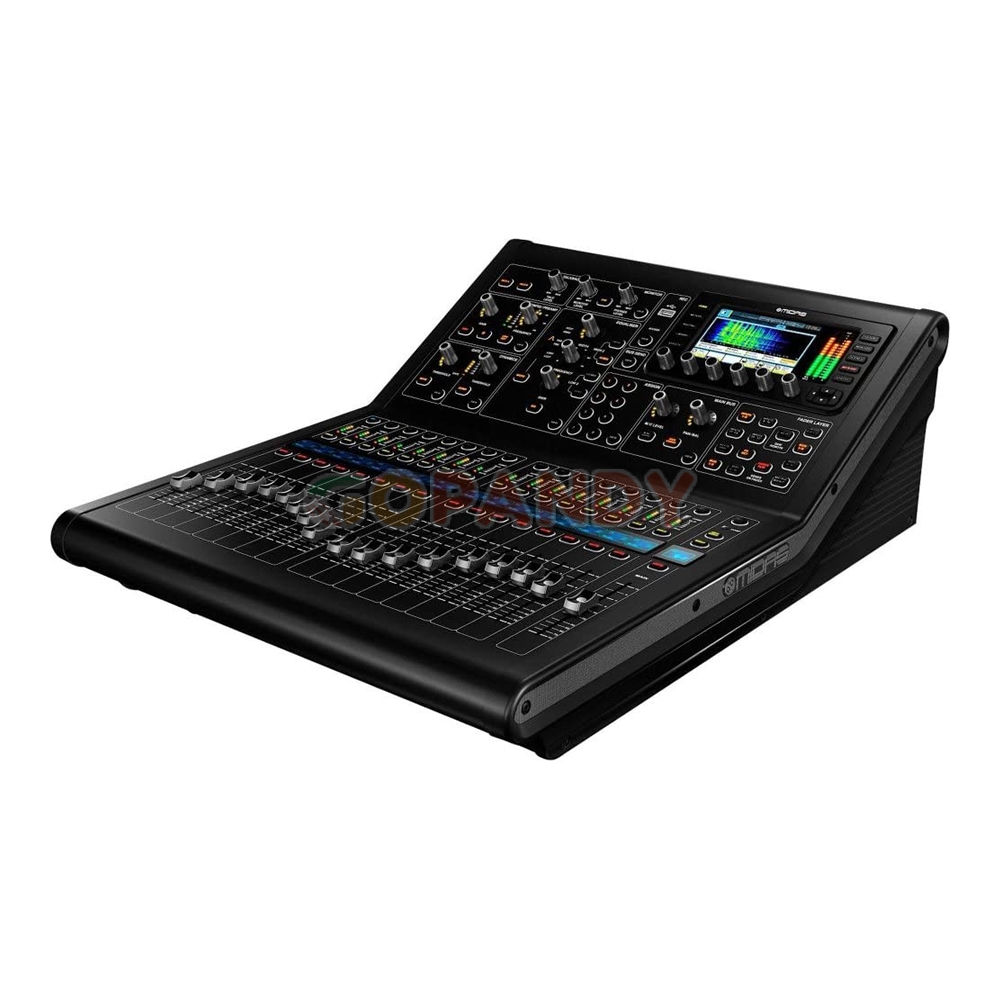 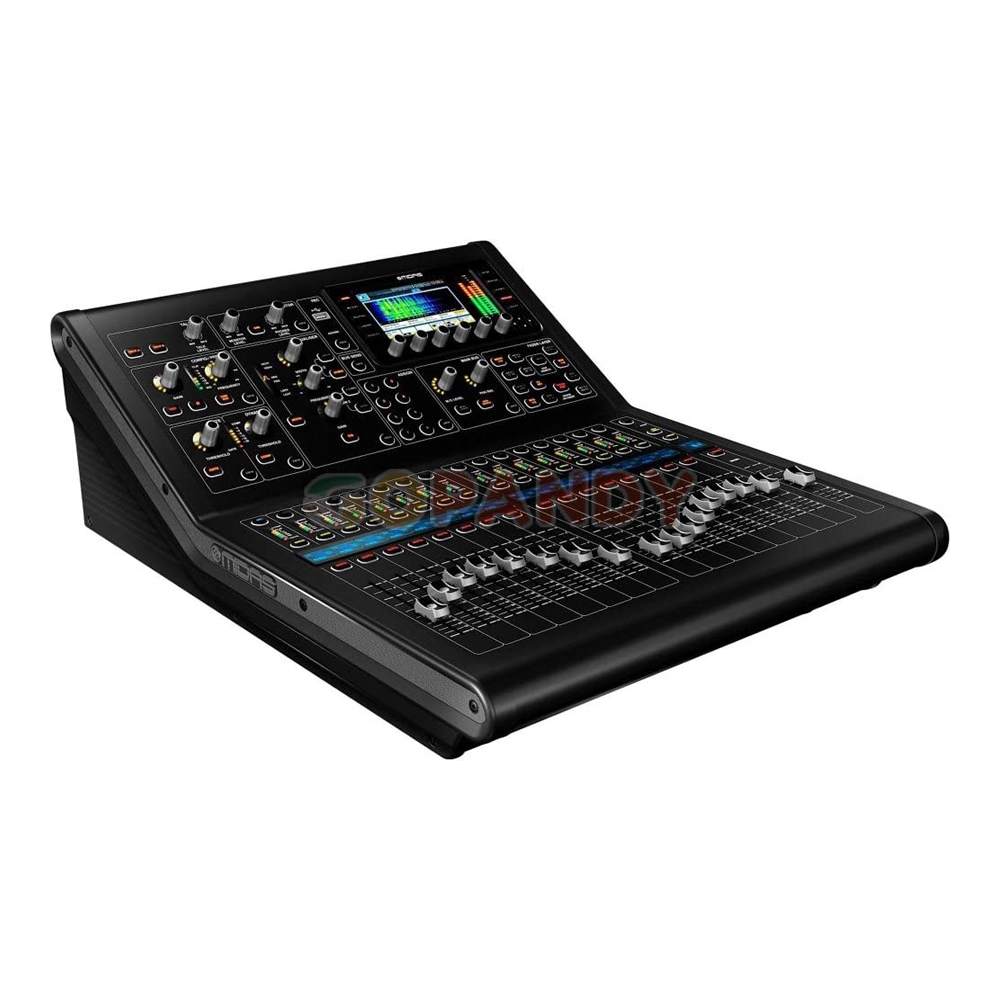 Building upon the success of the original M32R, the Midas M32R-LIVE is a 40-input digital mixing console that is designed for live performance and live and studio recording. This latest updated adds better illuminated buttons and knobs and an installed DN32-LIVE expansion module.

Housed in a high-performance aluminum and high-impact steel chassis, this console is both lightweight and durable, making it ideal for professional audio applications such as touring sound, A/V, club installs and more. The mixer features 16 Midas PRO microphone preamplifiers, which are used in the industry-standard MIDAS XL4 and HERITAGE 3000 consoles. In addition, the console features 25 time-aligned and phase-coherent mix buses and is fitted with 17 motorized faders that are rated for 1 million life cycles.

The M32R-LIVE includes a vast array of built-in effects that are designed to take the place of your outboard signal processors, thus reducing set up times and streamlining your workflow. The Virtual FX rack features 8 true-stereo, studio-grade effects engines each assignable to any input, group or output mix bus. Choose from high-end FX plug-ins that have been modeled after classic audio gear including the Urei 1176, Teletronix LA-2A and Fairchild 670 compressors, as well as the legendary Pultec EQP-1a and EQ5 equalizers. There is also a wide range of reverbs, delays, modulation effects and much more.

In addition, the M32R-LIVE employs 192 kHz ADC and DAC converters for state-of-the-art conversion and sound quality, capable of catering to the most demanding professional applications. It features the pre-installed DN32-LIVE expansion module, which provides 32-channel bidirectional audio I/O via USB 2.0 for both live performance and studio recording, plus comprehensive remote operation of your DAW via HUI/Mackie Control emulation. Dual SD/SDHC slots allow fully independent recording/playback of up to 32 channels of uncompressed WAV files in consistent sessions (to capacity of the SD cards). Additionally, a dual AES50 network ports allows for up to 96 inputs and 96 outputs over a shielded CAT5 cable, which allow remote stage boxes to share signal among several connected M32-LIVE and other Midas, Klark Teknik and AES50-equipped products. What’s more, an on-board ULTRANET provides a 16-channel digital mix direct to P16 Personal Monitor Mixers, without added hardware, cost, or latency. The Midas M32R-Live ships with a set of rackmount brackets and a power cord.