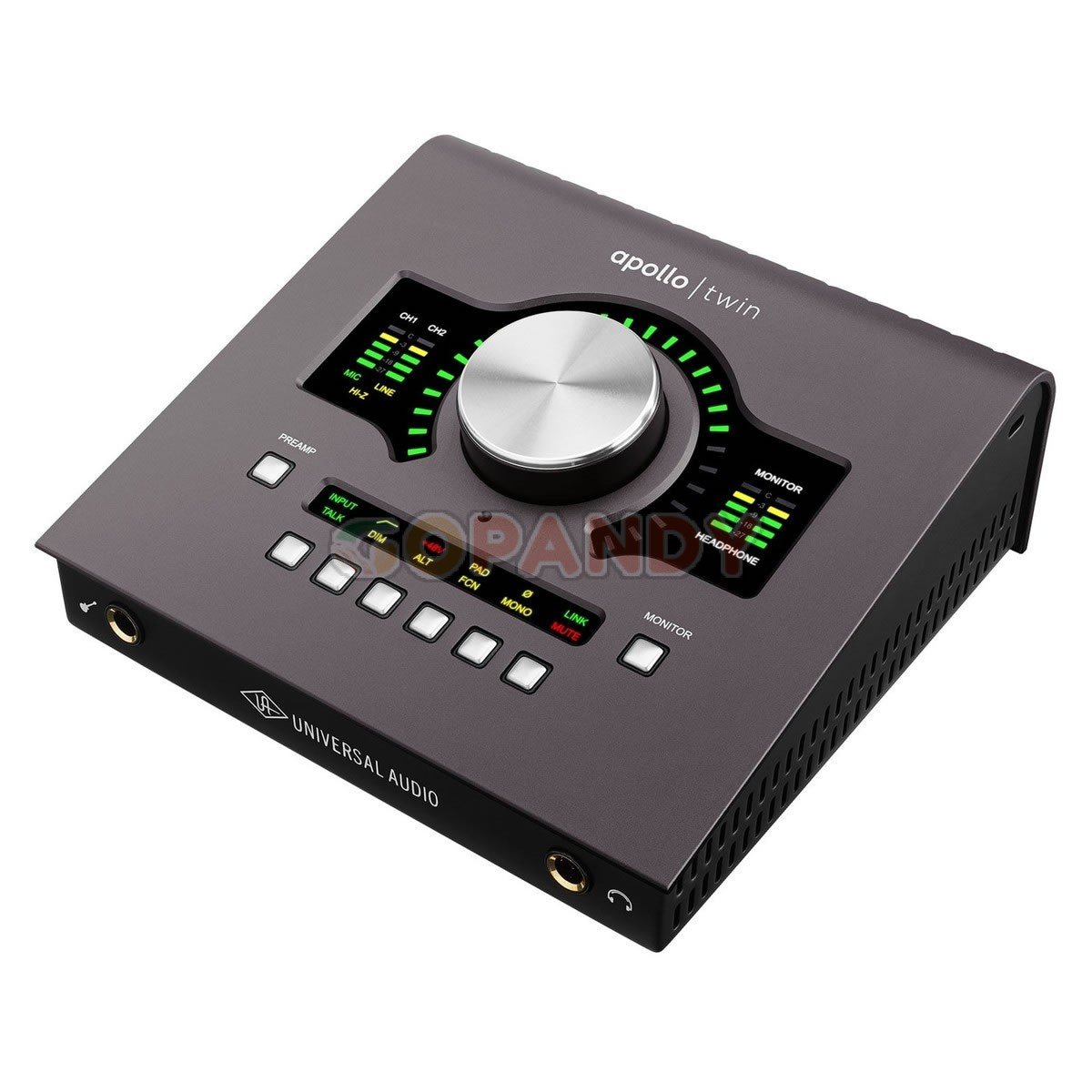 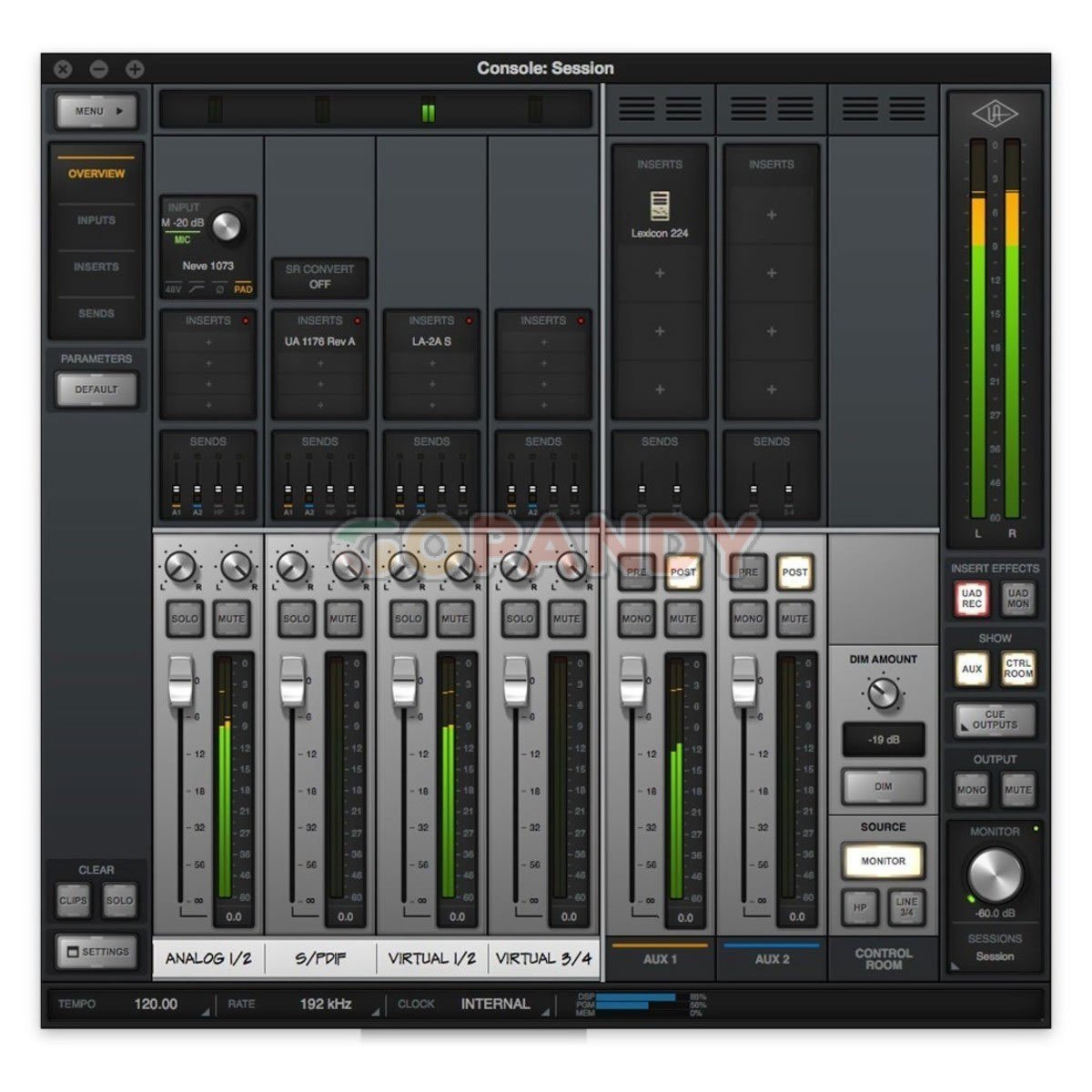 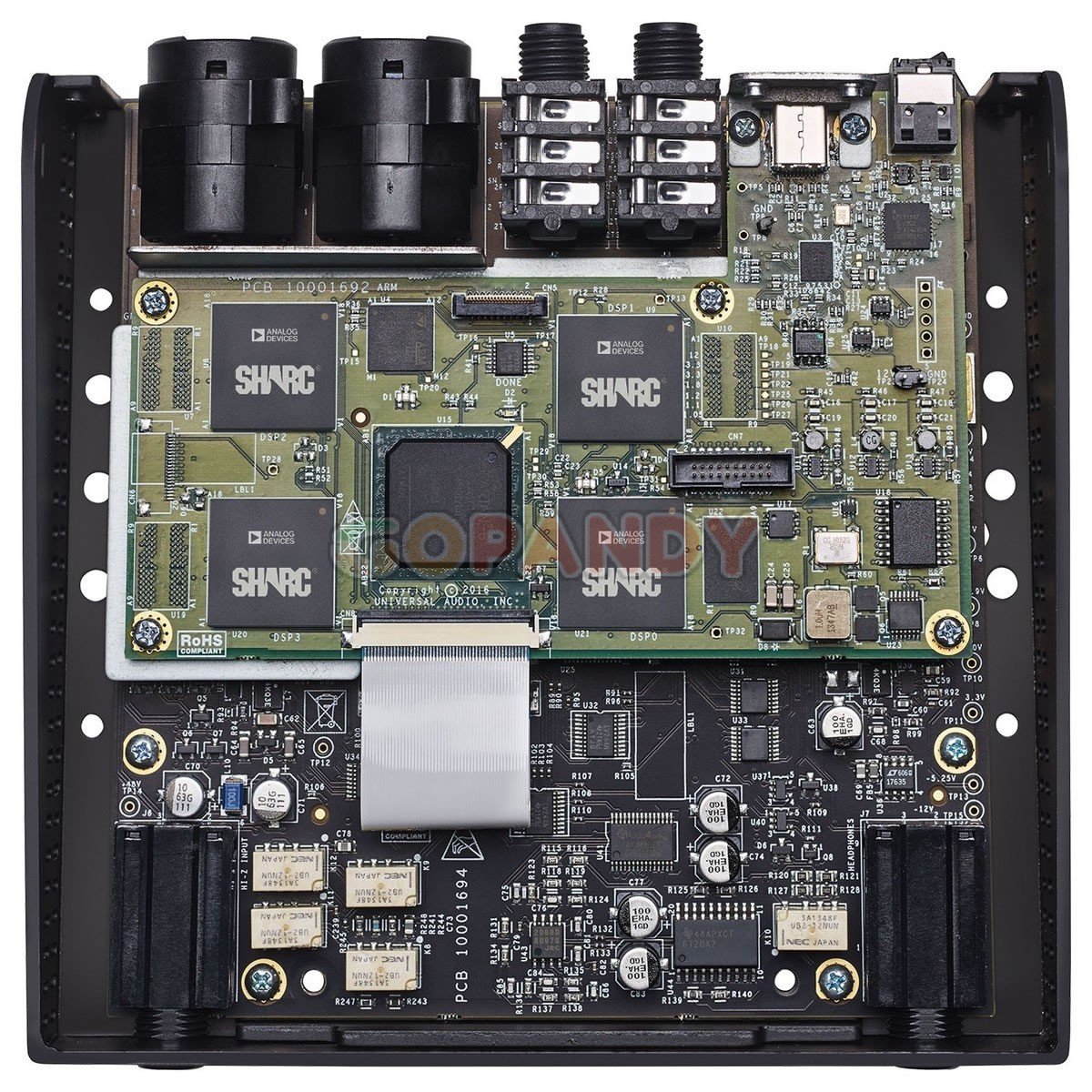 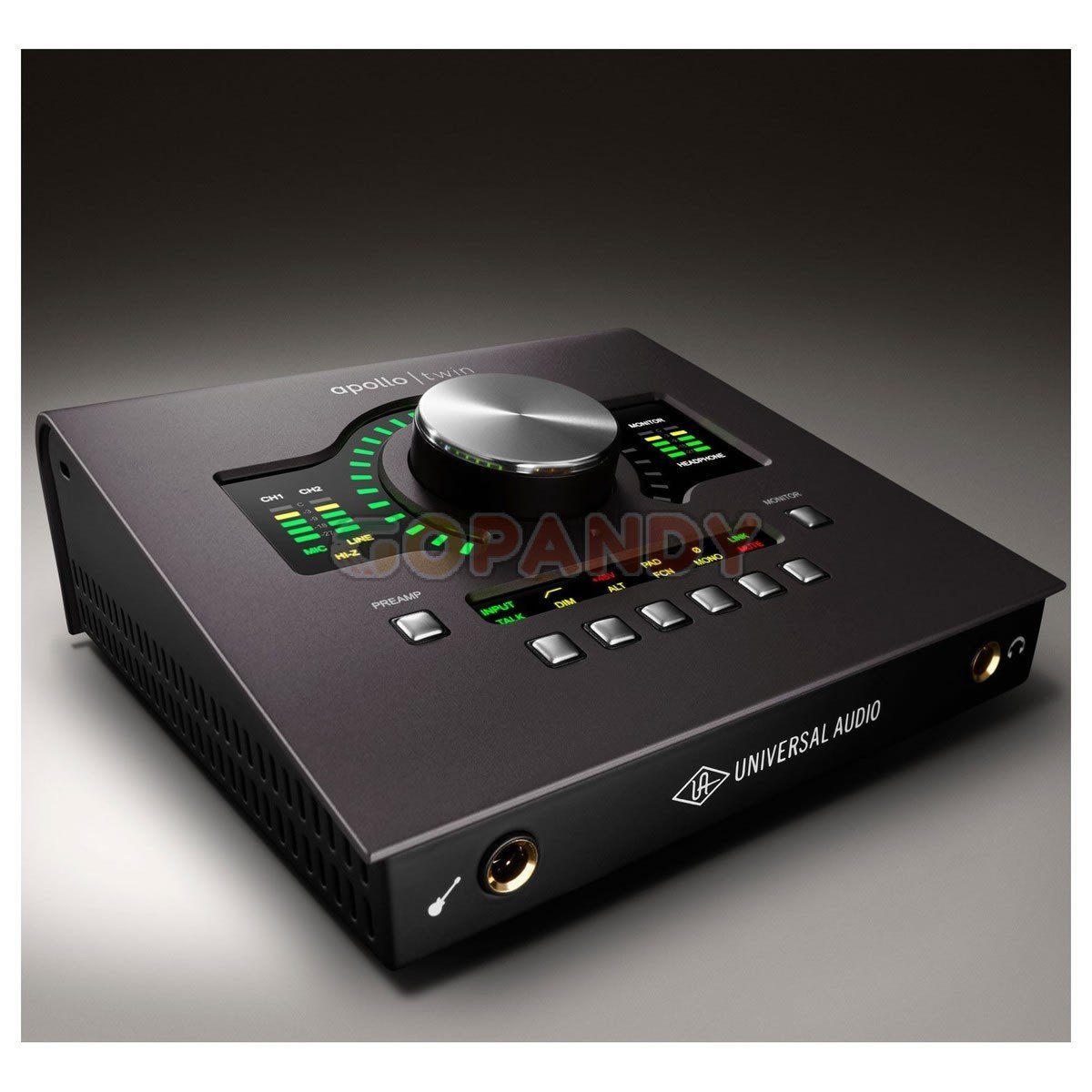 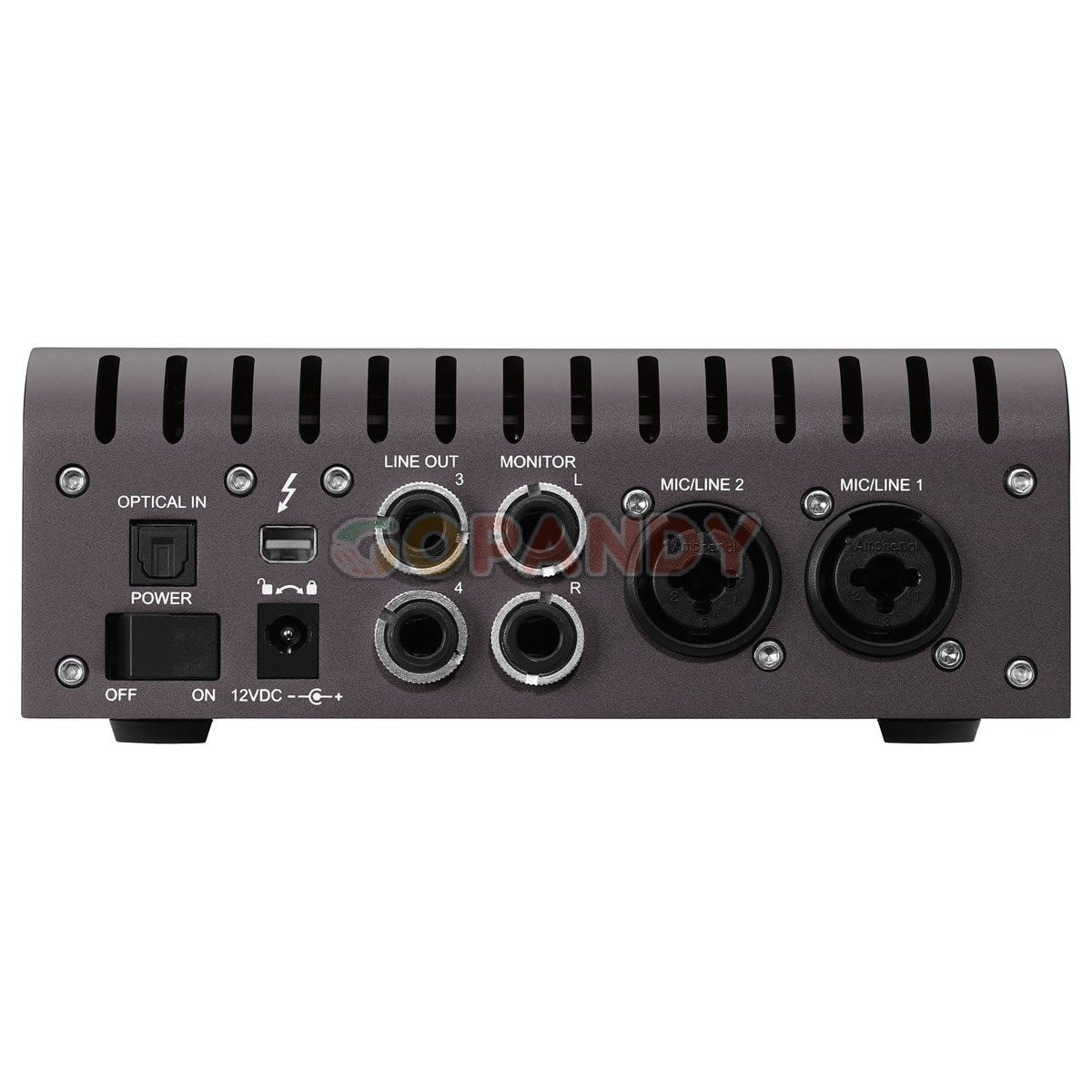 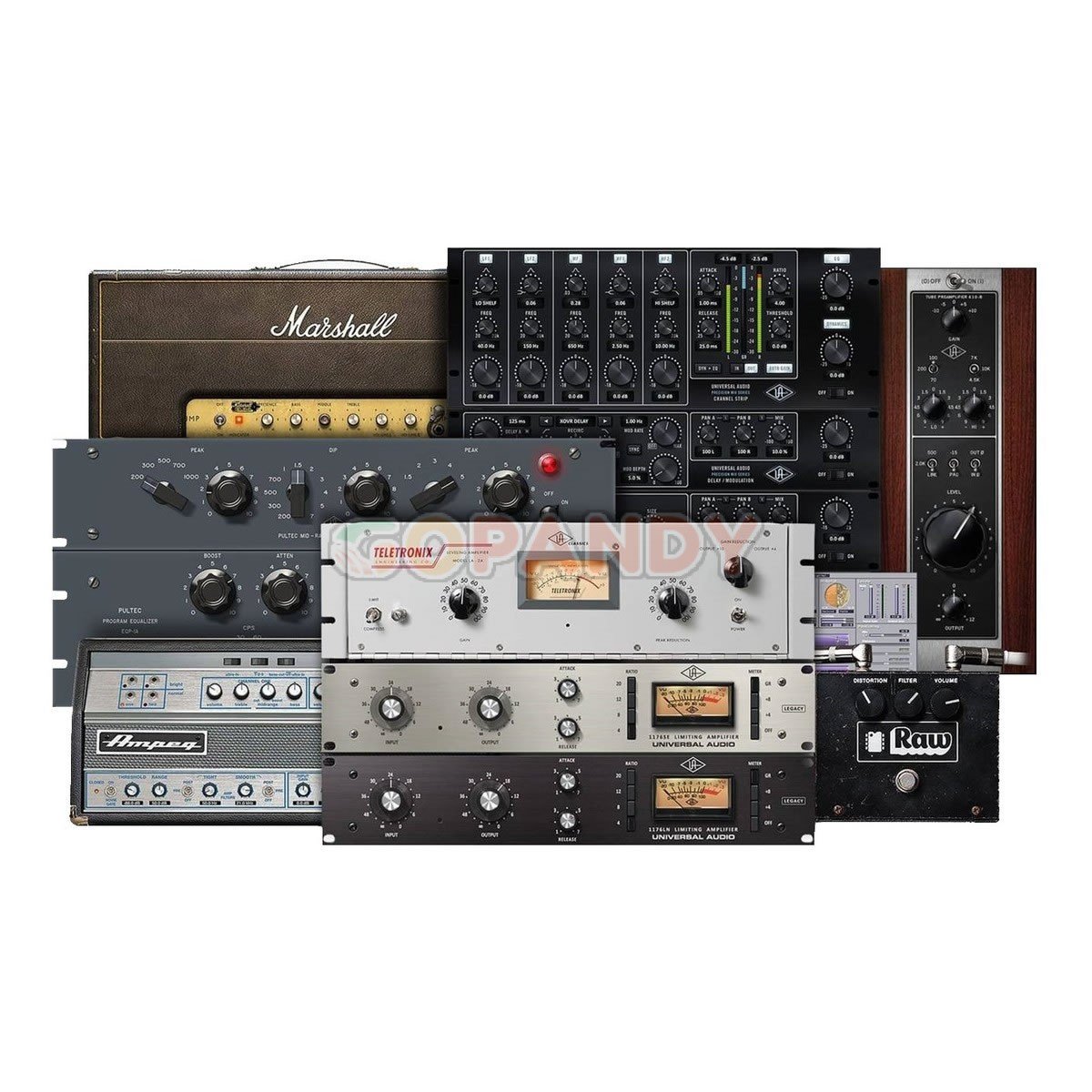 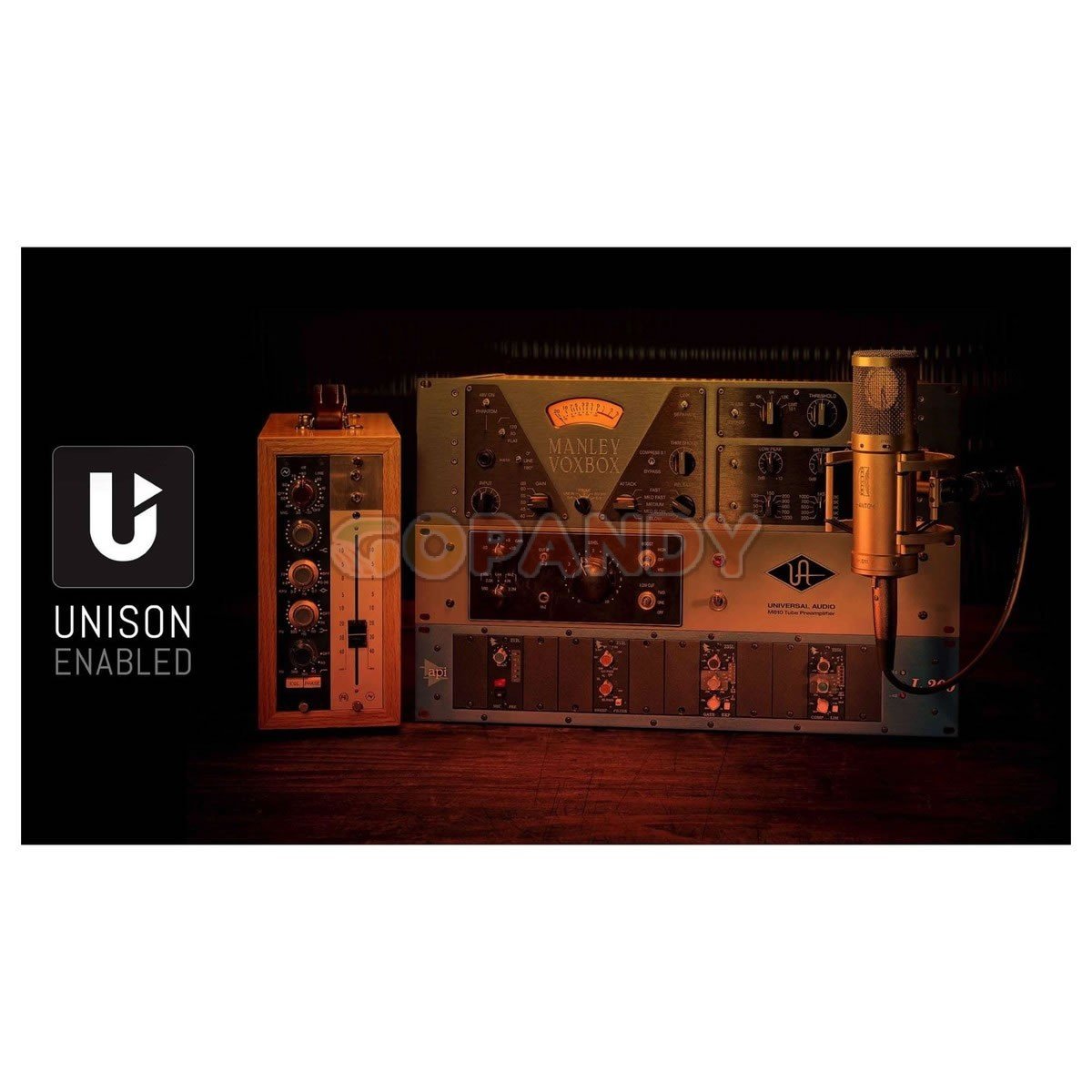 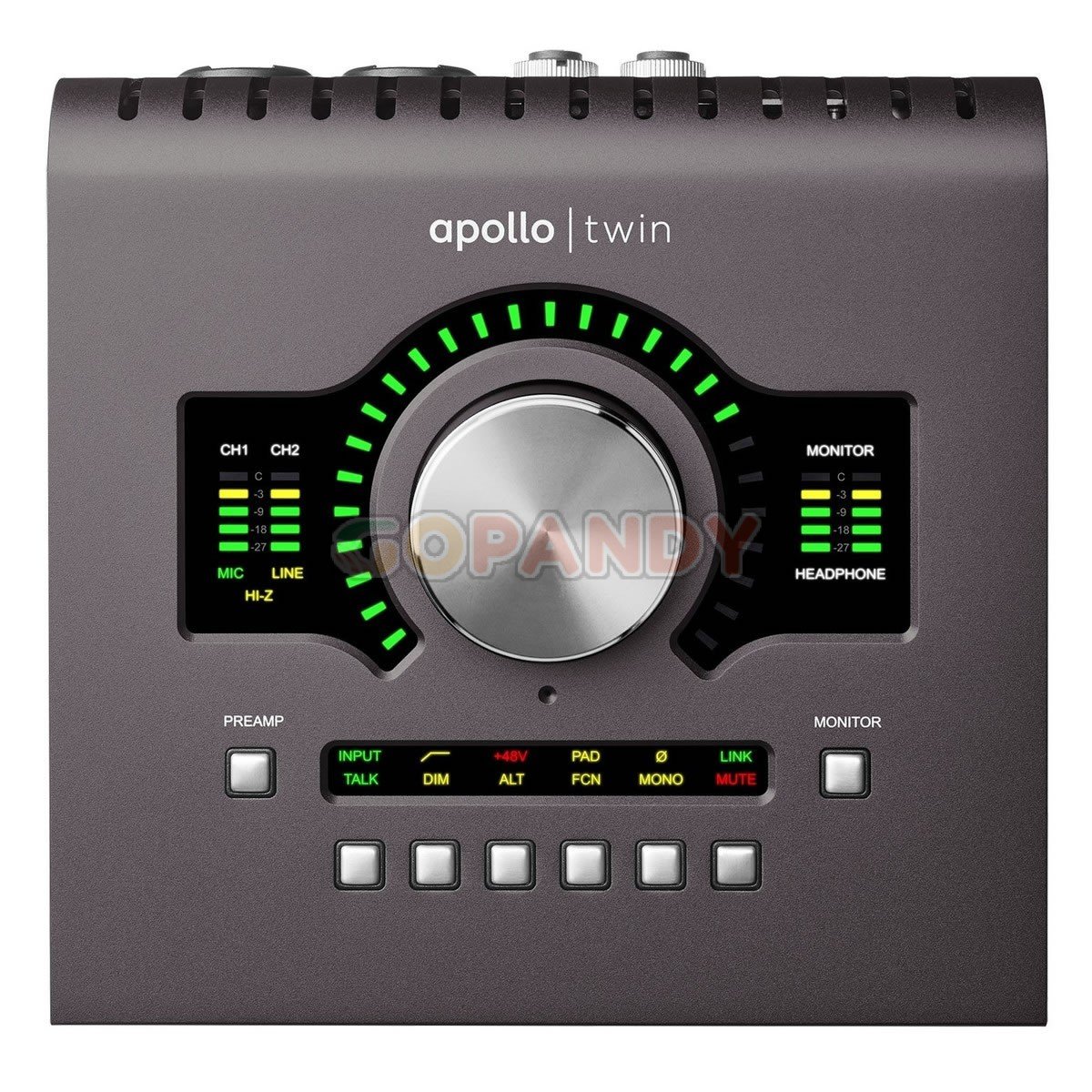 The Apollo Twin MKII QUAD Desktop Interface with Realtime UAD Processing from Universal Audio is a Thunderbolt audio interface capable of capturing your audio in up to 24-bit/192 kHz with real-time, low-latency UAD plug-in processing. Building upon the success of the original, the Twin MKII offers a ground-up redesign of the A/D and D/A converters, as well as increased dynamic range and ultra-low THD. Other enhancements include improved monitor functionality with Mute, Dim, Mono, and ALT speaker switching, as well as monitor remote controls and a built-in talkback mic for easy communication with talent and/or recording slate cues.

Like the original, the Twin MKII features Universal Audio’s Unison technology, which, in conjunction with their UAD plug-ins, is capable of emulating a range of tube and solid-state microphone preamps, including their impedance and gain-stage sweet spots. The interface includes the Realtime Analog Classics UAD plug-in bundle, featuring legacy editions of the LA-2A Classic Audio Leveler, the 1176LN Limiting Amplifier, and Pultec EQP-1A Program Equalizer, plus Softube Amp Room Essentials, and the 610-B Tube Preamp.