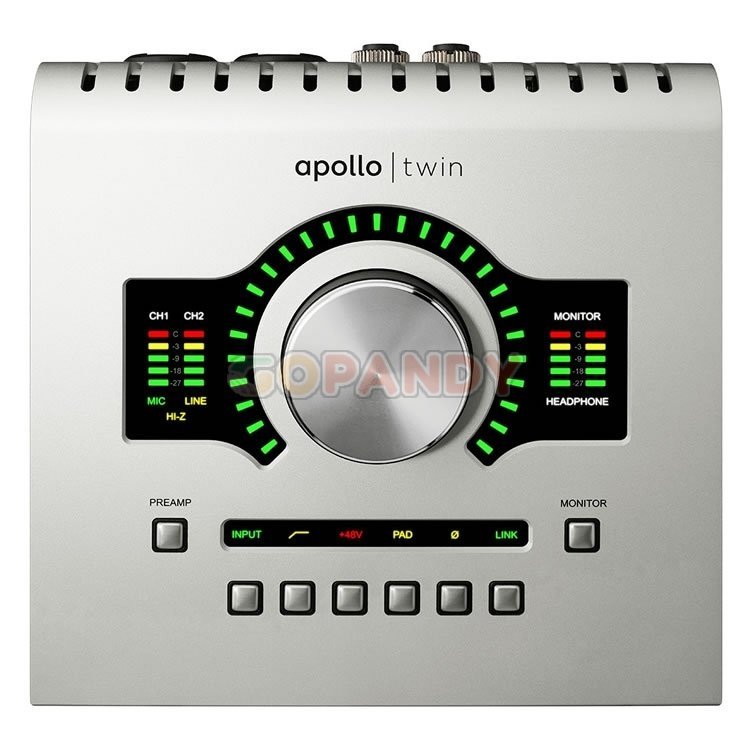 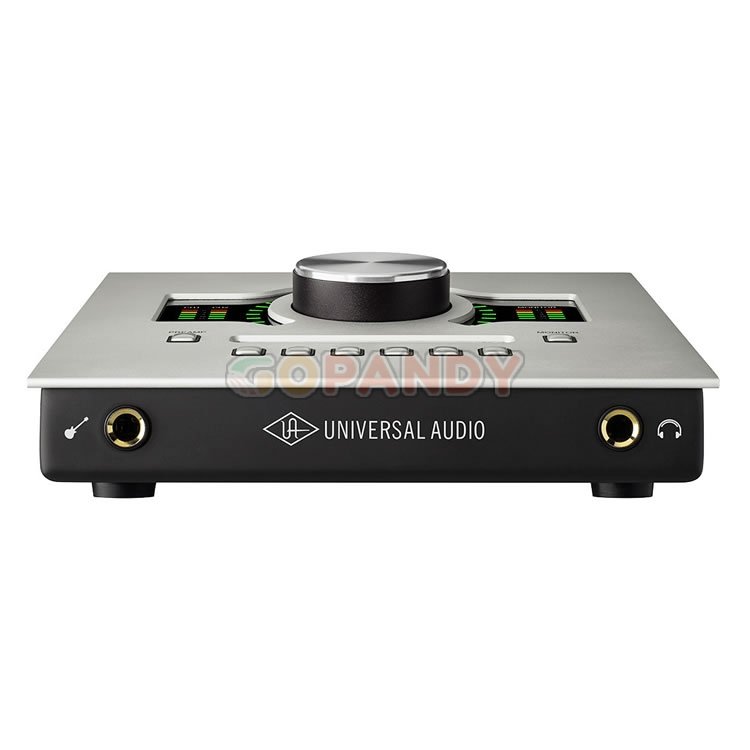 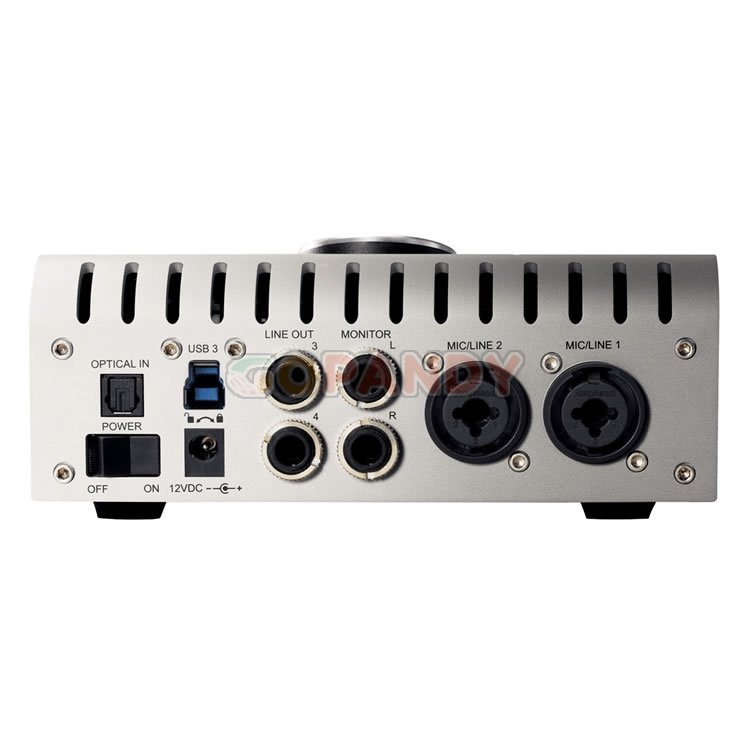 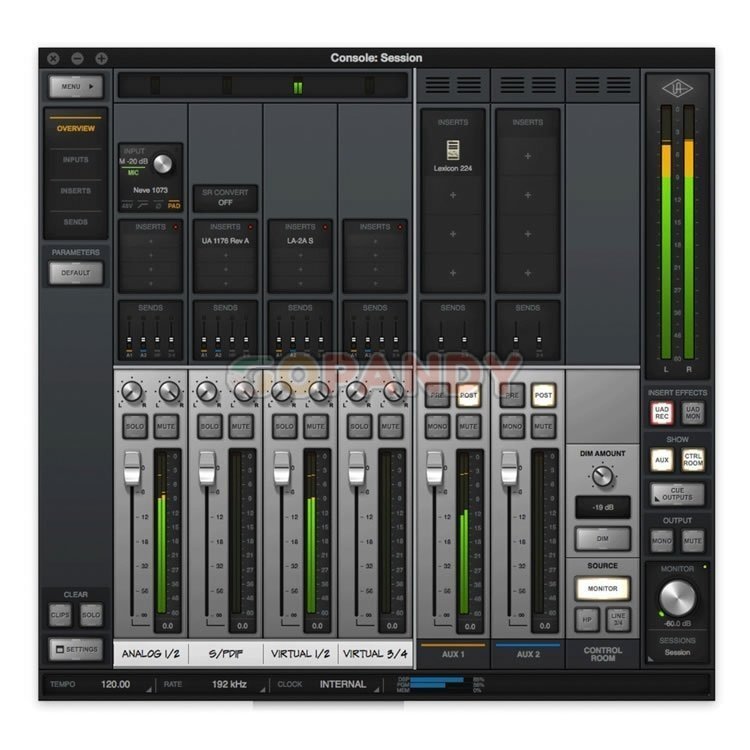 The Apollo Twin DUO USB Desktop Interface with Realtime UAD Processing from Universal Audio is a USB 3.0 audio interface capable of capturing your audio in up to 24-bit/192 kHz with realtime, low-latency UAD plug-in processing. It features Universal Audio’s Unison technology, which, in conjunction with their UAD plug-ins, is capable of emulating a range of tube and solid-state microphone preamps, including their impedance and gain-stage sweet spots.

Imagine having access to a classic analog recording studio, right on your desktop. Apollo Twin lets you record and mix through the full range of UAD Powered plug-ins – including vintage EQs, compressors, reverbs, tape machines and more – at near-zero latency, regardless of your audio software buffer size. With UAD plug-ins from Ampex, Lexicon, Neve, Moog, Roland, SSL, Studer, and more, Apollo Twin can provide analog tone and warmth.
The key is its onboard UAD-2 DUO DSP Processing, which powers the UAD plug-ins while reducing the strain on your host CPU. Apollo Twin includes the “Realtime Analog Classics” plug-in bundle, featuring a choice selection of vintage compressors, EQs and reverb, plus guitar amps and tube mic preamp emulation. From there, you can choose from a vast and expanding collection of plug-ins in the UA Online Store

Unison technology allows Apollo Twin’s mic preamps to sound and behave like the world’s most sought-after tube and solid state preamps – including their all-important impedance, gain stage “sweet spots,” and circuit behaviors. Based on integration between Apollo’s digitally controlled analog mic preamps and its onboard UAD processing, Unison lets you track through colorful preamp emulations like the bundled UA 610-B Tube Preamp plug-in

The Console application is Apollo Twin’s software control interface. Its analog console-style design provides “realtime” tracking and monitoring with UAD Powered Plug-Ins – a feature not found in any other interface. Complete Apollo Twin Console setups can be saved as presets, or even saved within your sessions using the Console Recall plug-in. This enables hardware recall of all Apollo Twin settings, even months and years after you last opened your session