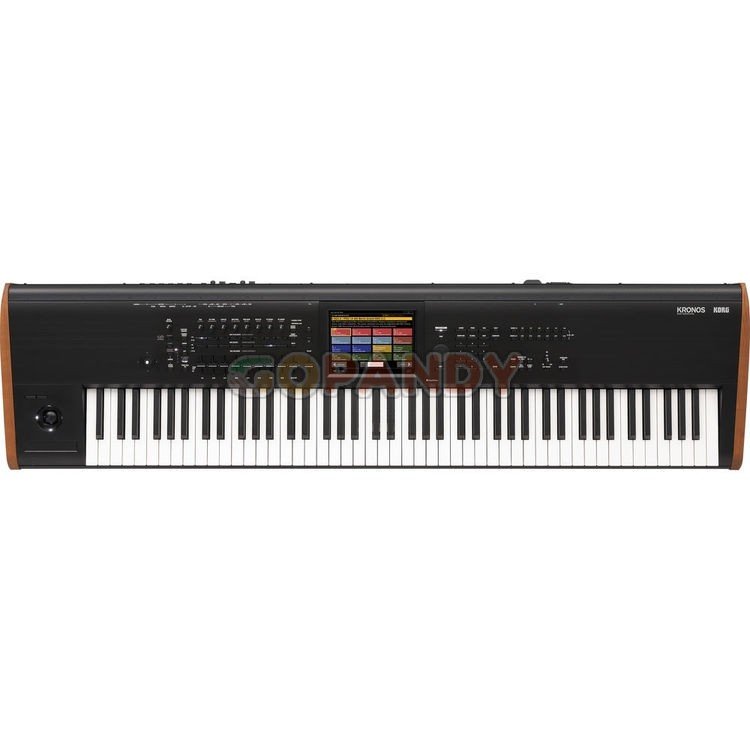 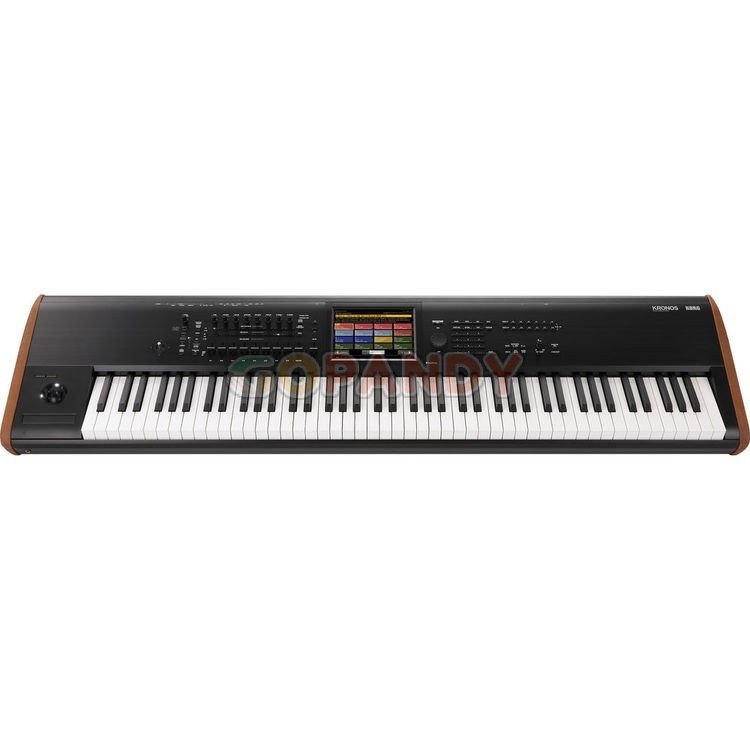 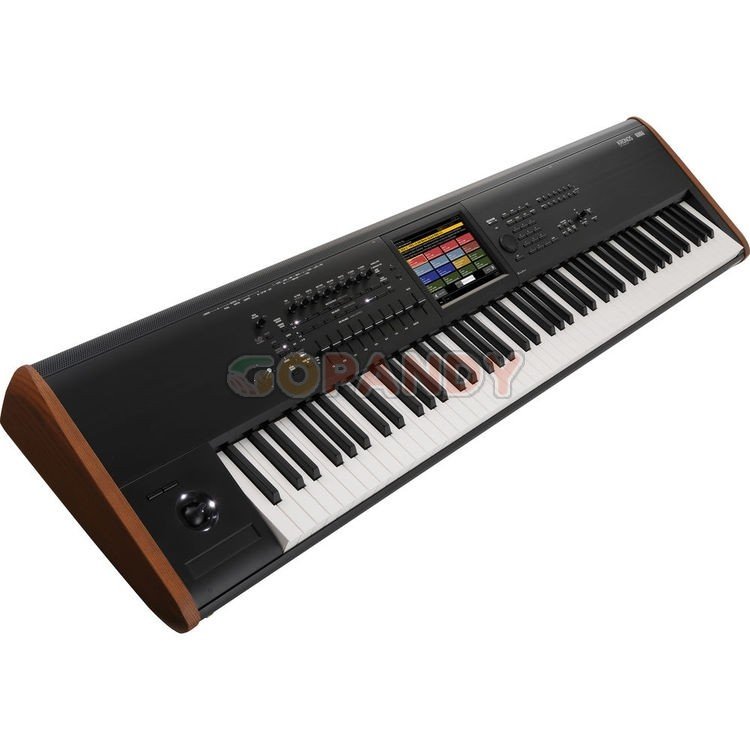 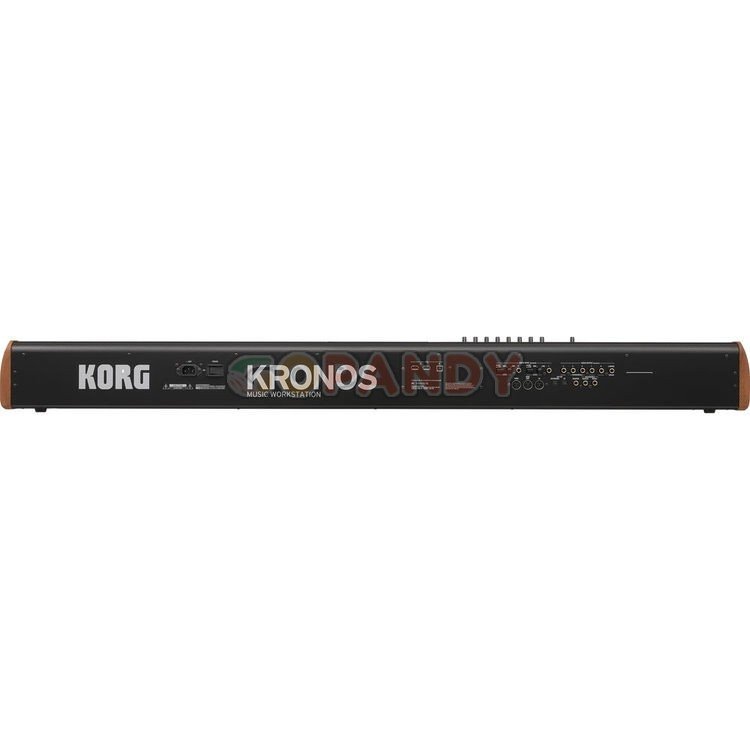 Add to Wishlist
SKU: A09648 Category: Keyboards
Share this product

Rated 5.00 out of 5
This item is discontinued.
Read more
Add to Wishlist

Rated 5 out of 5
This item is discontinued.
Read more
Add to Wishlist

Since its introduction, Korg’s Kronos has been the weapons-grade workstation of choice for keyboard A-listers. Now Korg ups the ante with the re-voiced and revamped Kronos. Under the hood of this beast, a new System 3.0 OS enhances functionality while juicing your workflow. The beefed-up SGX-2 piano engine boasts, in addition to its renowned German and Japanese grand pianos, a killer 9GB Berlin grand, as well as expressive sympathetic resonance and una corda samples you can tweak to taste. Kronos also rocks sexy new visuals with a sleek aluminum body, mesh back panel, and lacquered wood end cheeks.
Korg Kronos 88-note Keyboard Workstation at a Glance:

From acoustic instruments to gritty analog synths, the Korg Kronos’s nine synthesis engines can provide every sound you need. The SGX-2 acoustic piano engine captures every nuance of real German and Japanese grand pianos, from damper resonance to mechanical noise. Then there’s the EP-1 electric piano engine, which uses Multi-Dimensional Synthesis to let you tweak, morph, and totally customize the wide range of classic electric piano sounds. These two synthesis engines are worth the price of admission alone – and they’re just the beginning!

The incredible sounds found in the Kronos simply wouldn’t be possible without powerful new synthesis technologies. That’s why Korg equipped this flexible workstation with components such as solid-state flash-based storage. The ultra-fast streaming possible with solid-state memory is the driving force behind Korg’s Virtual Memory Technology, which provides you with high polyphony and incredible unlooped samples. It also allows the Kronos to perform smooth sound transitions, so you can hold sustain notes while switching sounds or modes – just what you need for seamless transitions.

A studio of music production gear onboard

More than just an amazing performance keyboard, the Korg Kronos is a complete 32-track music creation workstation. In addition to a robust 16-track sequencer, Korg gave Kronos the capacity to record up to 16 audio tracks as well – all in studio-standard 24-bit/48kHz quality! What’s more, Kronos gives you an entire studio rack full of effects to enhance your music. You can run up to 16 fantastic effects at once, each of which more than rivals dedicated standalone effects units. And thanks to the Kronos’s Open Sampling System, you can instantly sample and resample any sound you create, allowing you to come up with amazing new sounds.

Long known for their easy-to-use workstation environments, Korg raised the bar again by loading Kronos with hands-on controls. Starting with the large 8″ TouchView display, you’ll find navigating through the Kronos environment to be absolutely intuitive. Kronos also provides you with an entire dedicated control surface, complete with channel-strip-style sliders, knobs, and buttons. Plus, you get great performance controls, including a ribbon controller and one of Korg’s fantastic vector joysticks. What’s more, Kronos comes loaded with Korg’s top-of-the-line KARMA technology, making it a truly impressive performance keyboard as well as a first-class keyboard workstation!