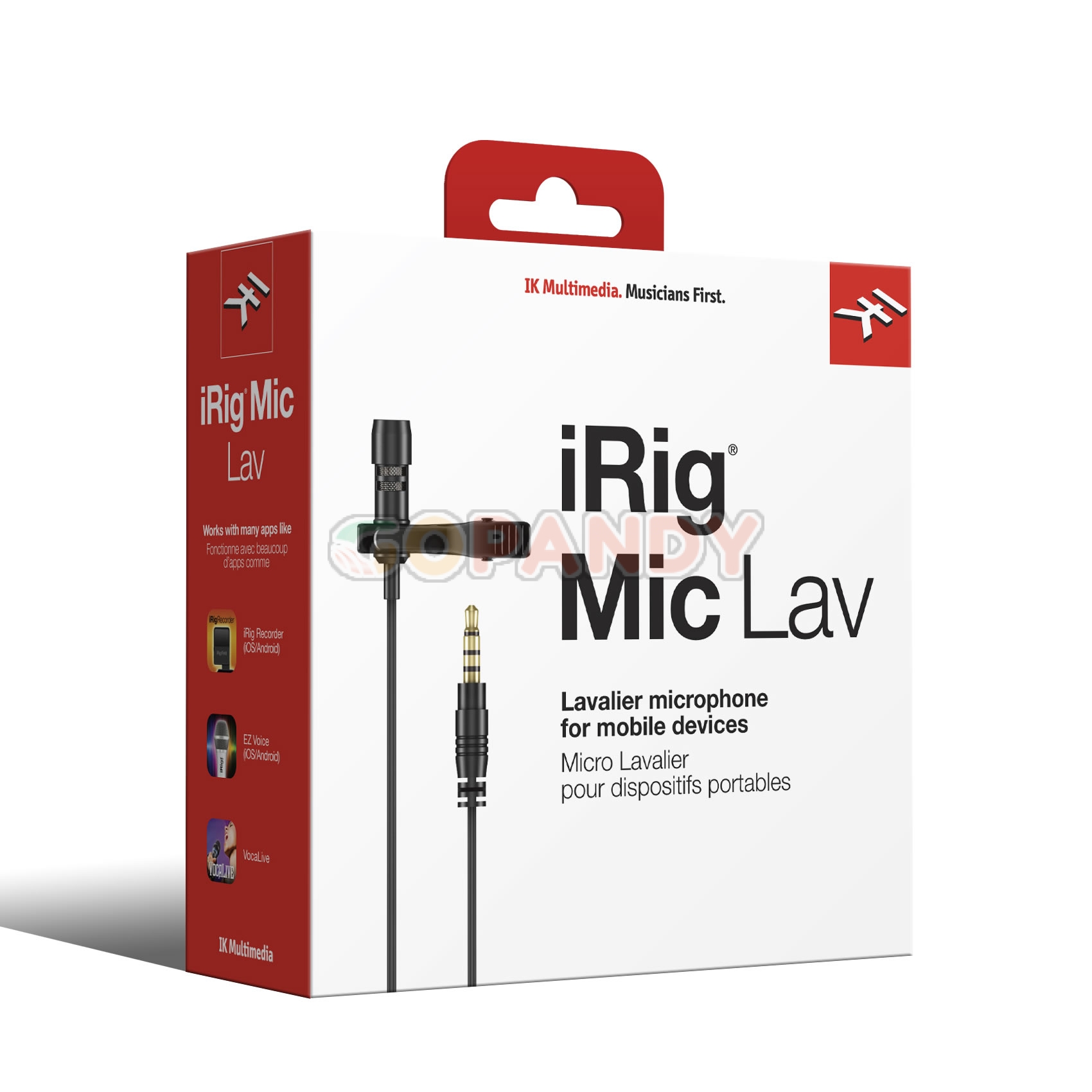 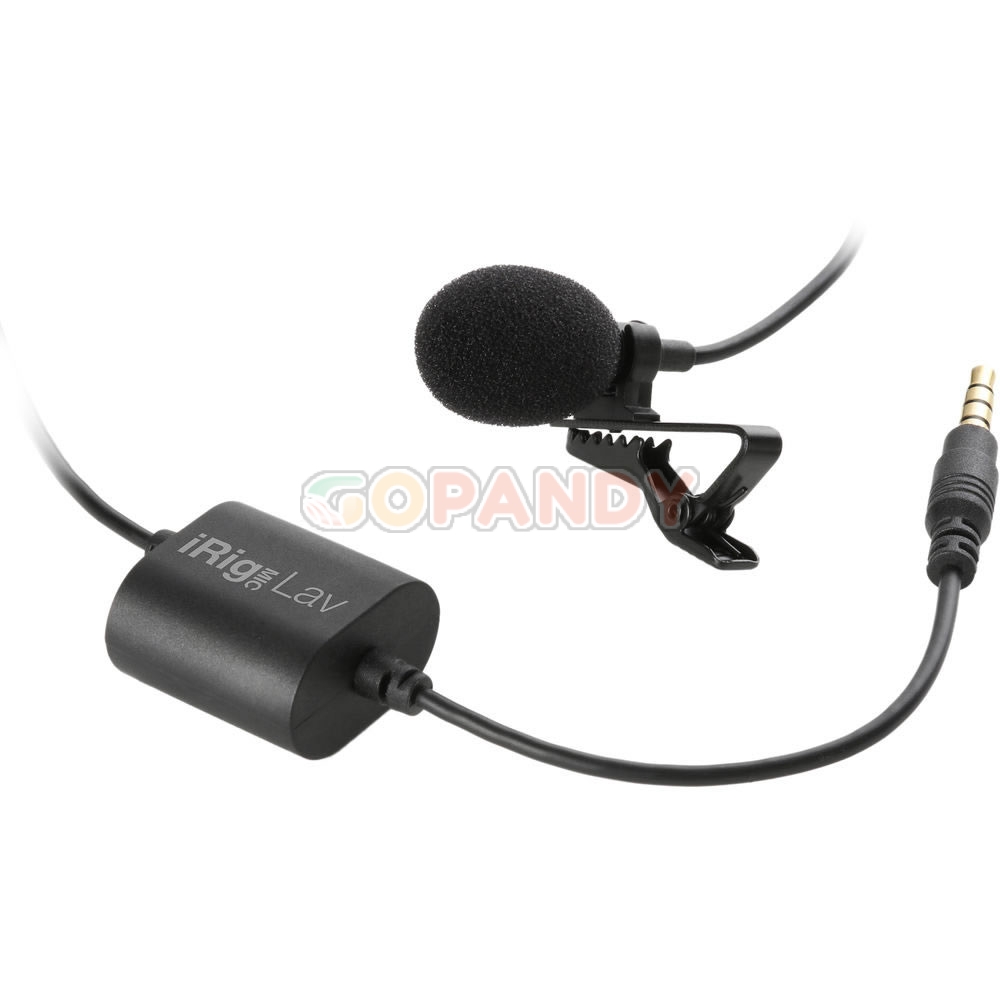 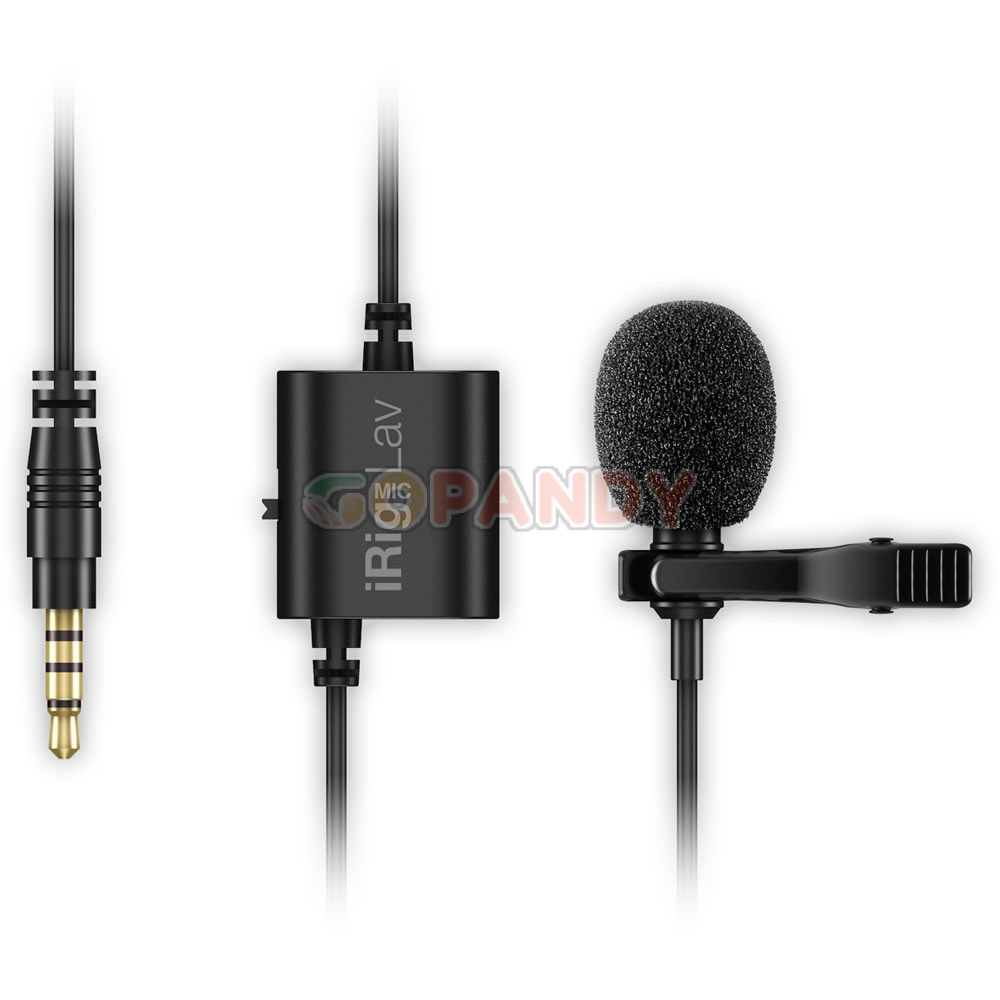 The iRig Mic Lav for Smartphone/Tablets from IK Multimedia is an omnidirectional condenser lavalier microphone with a 30 Hz to 16 kHz frequency range that comes with a foam pop filter to eliminate vocal plosives, wind noises and other unwanted sounds. And like all good lavalier microphones, it comes with a durable mounting clip that you can easy mount on a t-shirt, lapel or other material for dependable and secure hands-free recording. Just clip it on, and you’ll be ready to go, in applications for iPhone, iPad, iPod touch and Android mobile devices.

Capturing broadcast-quality audio in the field, the iRig Mic Lav comes with on-board monitoring, and has a 1/8″ TRRS port that can be used to output audio to your headphones. In addition, you can chain and record up to two iRig Mic Lav’s on the same device using the dual-purpose 1/8″ TRRS port. To monitor a dual iRig Mic Lav setup, you just need to set the switch on the second iRig Mic Lav’s jack to “monitor,” and then you’ll be able to plug in your headphones and you’ll be on your way to recording effortlessly amazing audio.

There’s a saying that goes something like, “two heads are better than one.”
The same can be said for microphones — when you’re out in the field, sometimes you need to record more than one person.
iRig Mic Lav lets you chain and record with up to two iRig Mic Lav’s on the same device thanks to the same dual-purpose 1/8″ TRRS port used for headphone monitoring.
Simply set the toggle switch to “input,” and then plug a second iRig Mic Lav in to record with two microphones.
To monitor a dual iRig Mic Lav setup, you just need to set the switch on the second iRig Mic Lav’s jack to “monitor,” and then you’ll be able to plug in your headphones.

You never know what mobile device you’ll have accessible while you’re out conducting that next heated interview or spontaneous Youtube video. This can be a problem if a microphone is specifically made for one type of device. Fortunately, you’ll never have that problem when iRig Mic Lav is in your pocket. It outputs its sound via an analog 1/8″ TRRS output jack, and it captures the same high-quality audio no matter whether it’s plugged into an iPhone or an Android device with a compatible TRRS input jack compliant with the CTIA/AHJ wiring standard.
In other words, with iRig Mic Lav you can make quality recordings anytime, anywhere and on any mobile device.