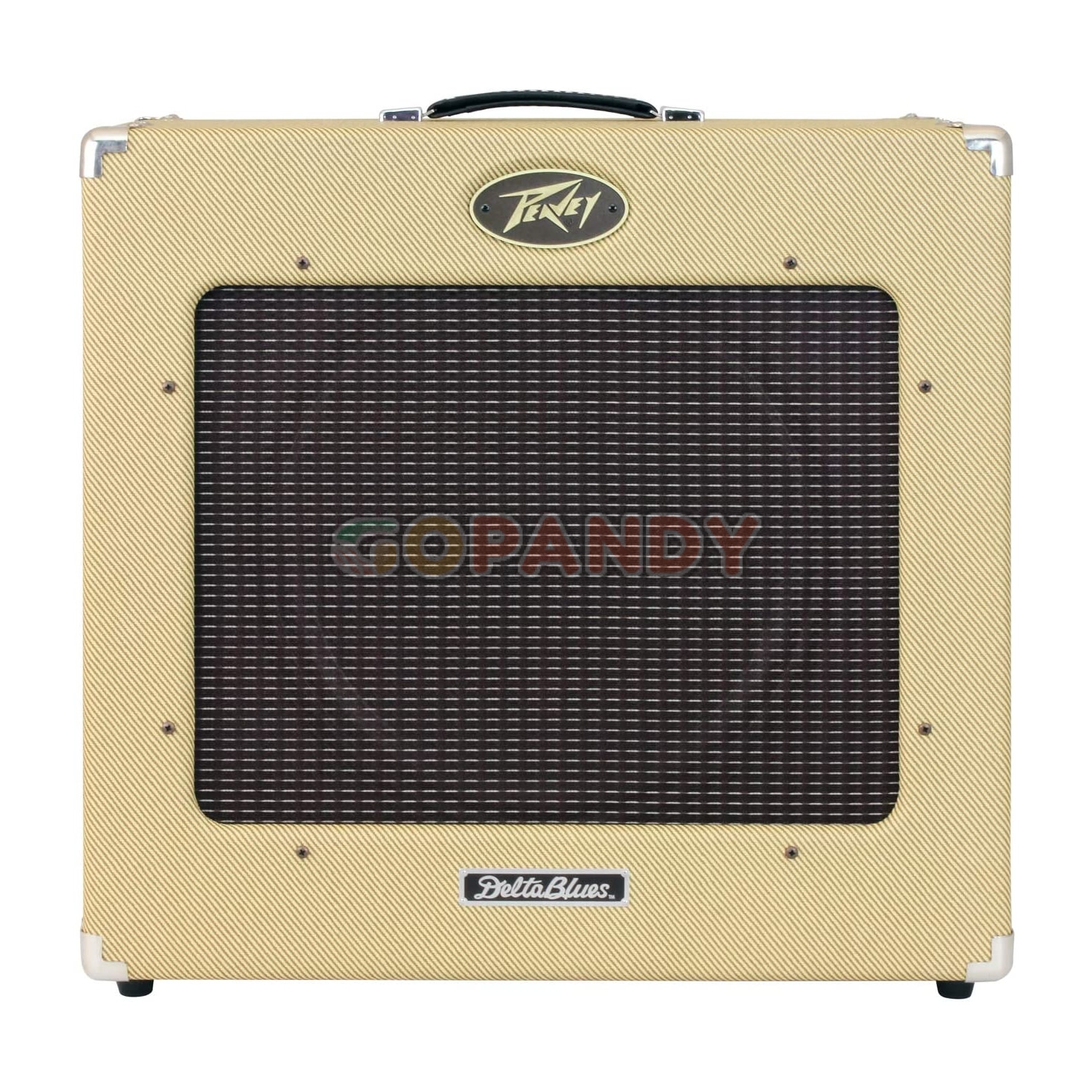 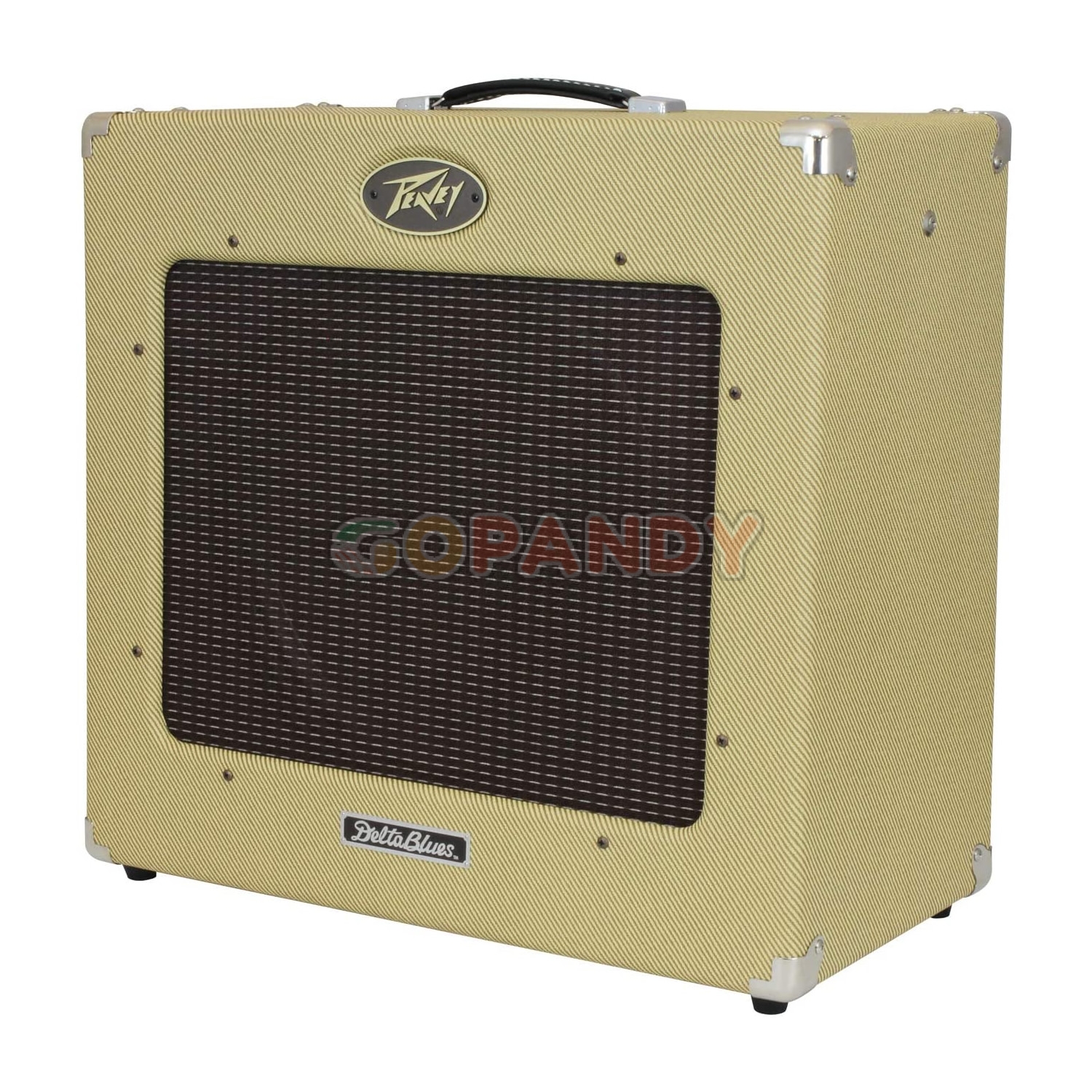 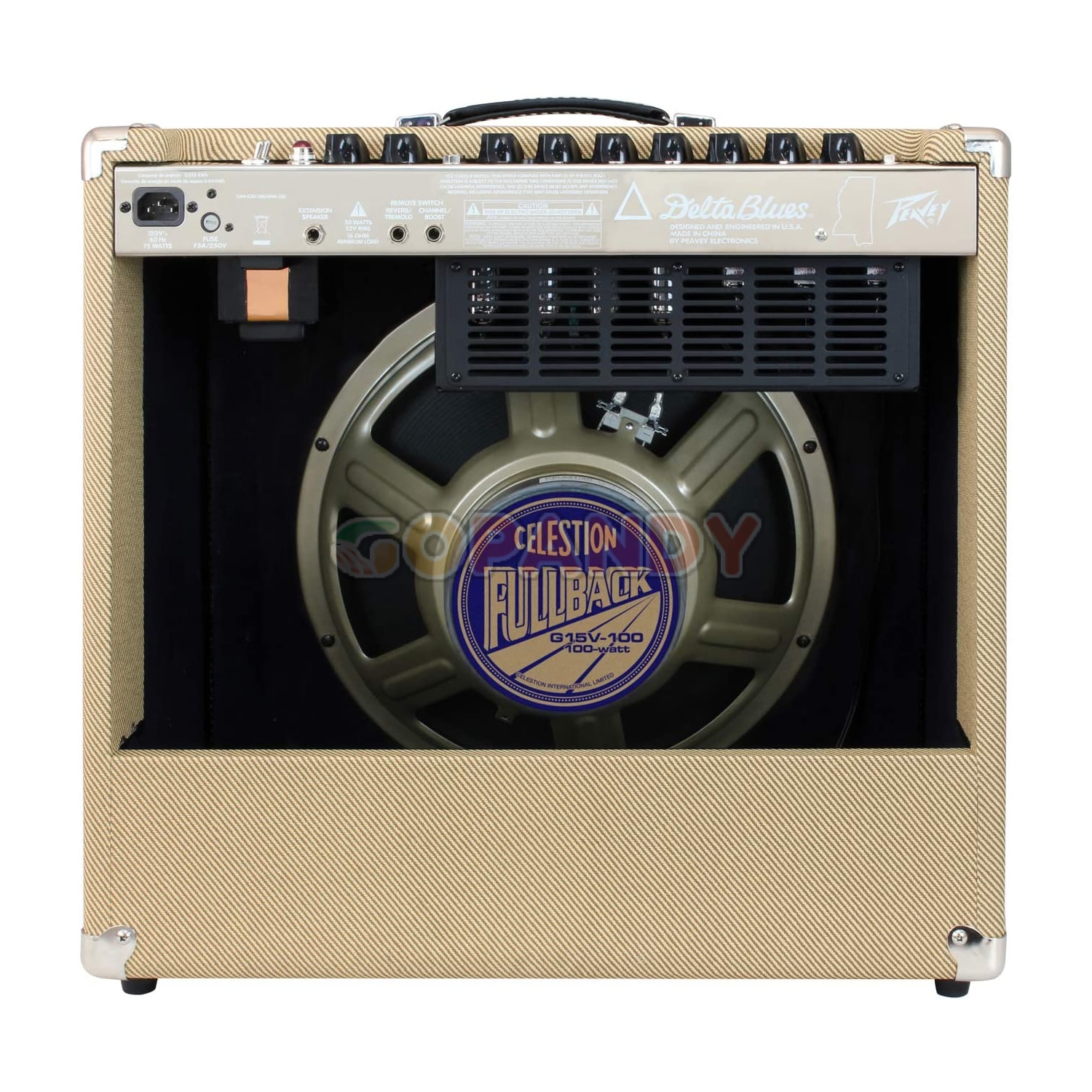 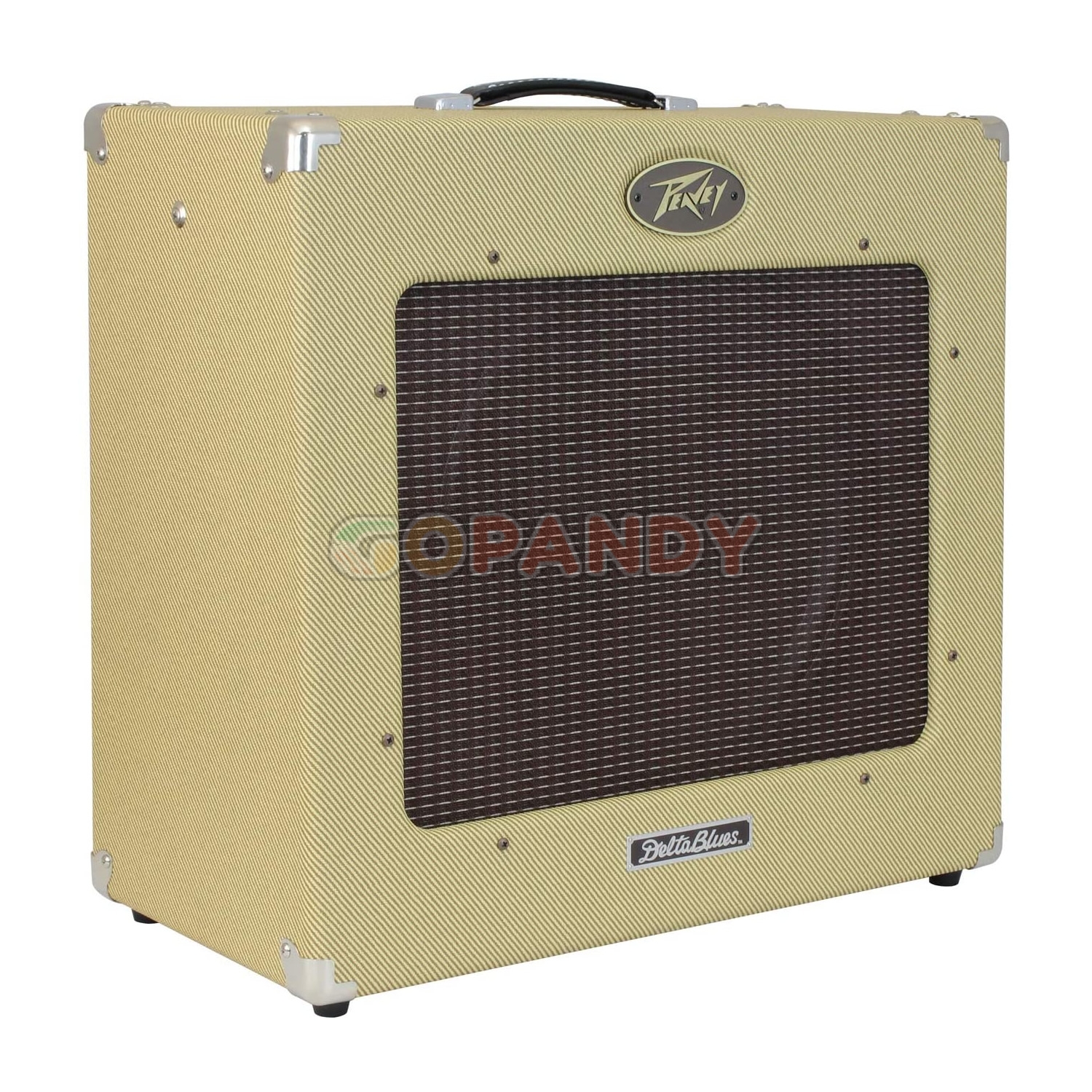 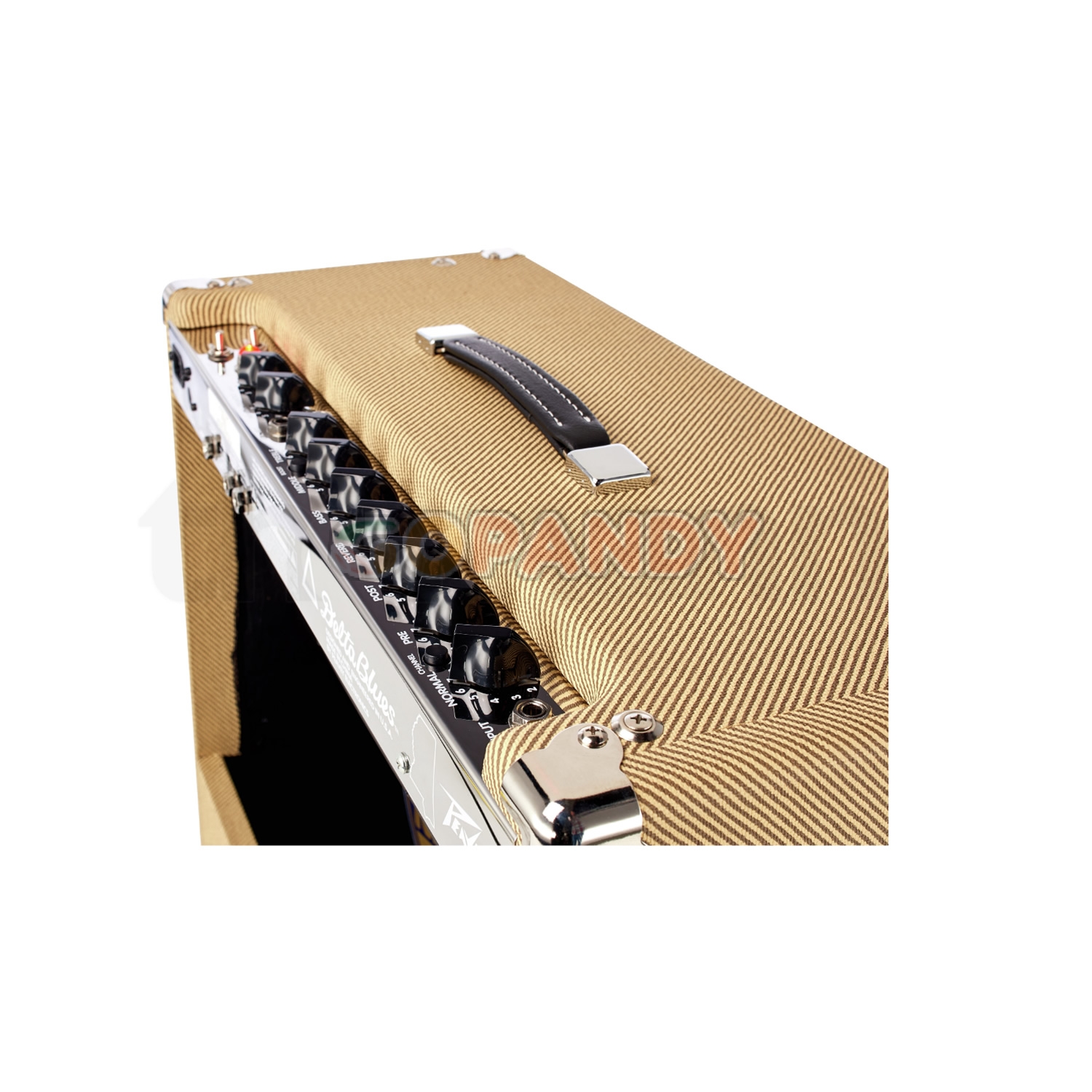 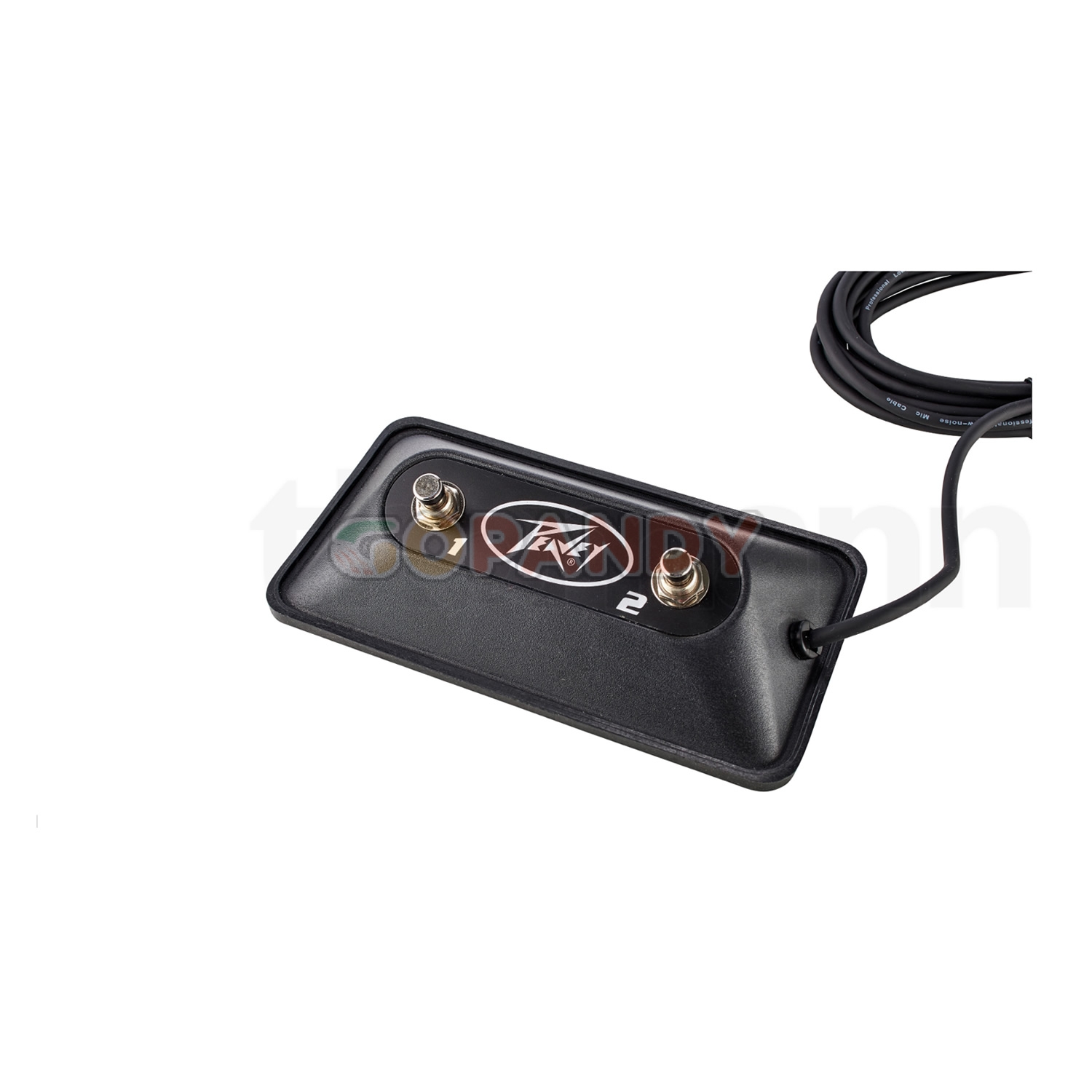 
Warning: number_format() expects parameter 1 to be float, string given in /home/customer/www/gopandy.com/public_html/wp-content/plugins/oneclick-whatsapp-order/includes/wa-button.php on line 153

The name Peavey used to stand for very inexpensive amps of average quality. In the interim, however, they have since worked their way up into the higher echelons of the amp class system – which is most recently evident with the specially tailor-made for Eddie Van Halen 5150 amp. The Peavey Classic Series of all-tube amps have become some of the most popular tube amps ever, which is partly still due to the reasonable price (for tube amps), but also due to the really good sound of their components.

With a name like the Peavey Delta Blues 1×15 Valve Combo has one very clear objective – to recreate the raw voice that the delta blues spoke so well.

This amp is dressed in the classic ‘TV front style’ that defined the look of some ’50s American amps but this features modern reliability and beneath its old-timey appearance there is a truly powerful amplifier that not only encapsulates what the delta blues is about perfectly but because of the gain on tap, it could easily hold its own in a loud rock band.

The Delta Blues 115 Tweed delivers 30 watts from 4x EL84 power tubes to a 15″ Blue Marvel speaker. Add into the bargain the classic tremolo effect and reminisces of classical guitar amps start to appear. Due to the speaker components, the amp sounds incredibly full and warm. On a side note, Mr. SRV often used a 15″ speaker, which is arguably in itself the best recommendation for trying it out! There is also a modern lead channel, which simply put, is quite rocking.

Classic style, classic tone and modern versatility. If the blues is your way of life, this is your amp. 30 classic all-tube watts are way louder than solid state and modern flexibility comes from a tremolo with speed and intensity controls, pre-and post-gain controls on the lead channel, 3-band passive EQ, a boost switch, external speaker jack, and an effects loop. Jamming or gigging, this baby can hold down your end of the sound. The all new Celestion Fullback speaker makes sure your tone is pure and loud!

The 15-inch Celestion speaker is a perfect choice for the Peavey Delta Blues. Its larger size gives you a depth to your guitar tone unlike anything else available. The lush complex harmonics of the mid-range and treble are there, just sweetened and warmed up a touch. And of course, the bass is deep, musical, and never overbearing.

When it comes to expressing the sound of the blues, nothing in its class comes close. The tone is one that to start is big and warm with a beautiful pick attack. There is weight behind the tone that really shines here but the magic happens once the amp starts to break up. The mid-range starts to get gnarly, throwing harmonics through the speaker. And the bass stays put, supporting your tone, letting you not only hear but feel each note you are playing. This amp, when pushed with a boost, can take you into hard rock territory, there is plenty of gain on tap with ample bass and lush sustain.

It captures the TV front styled amplifiers perfectly; it looks like it came straight off the shelf in the ‘50s! Peavey obviously paid great attention to its appearance and one that really suits the amp tonally. Completed with a brown weave grill and chrome corners this amp will look stunning for years to come.

Need a bit of vibe and space?

Need to add depth and movement to your tone? The Delta Blues has a beautiful and spacious reverb that can add everything from a subtle atmosphere to something much more washed out. Then add a touch tremolo which will give some movement to chords and you have a beautifully adaptable amp that can accommodate a whole host of tones.