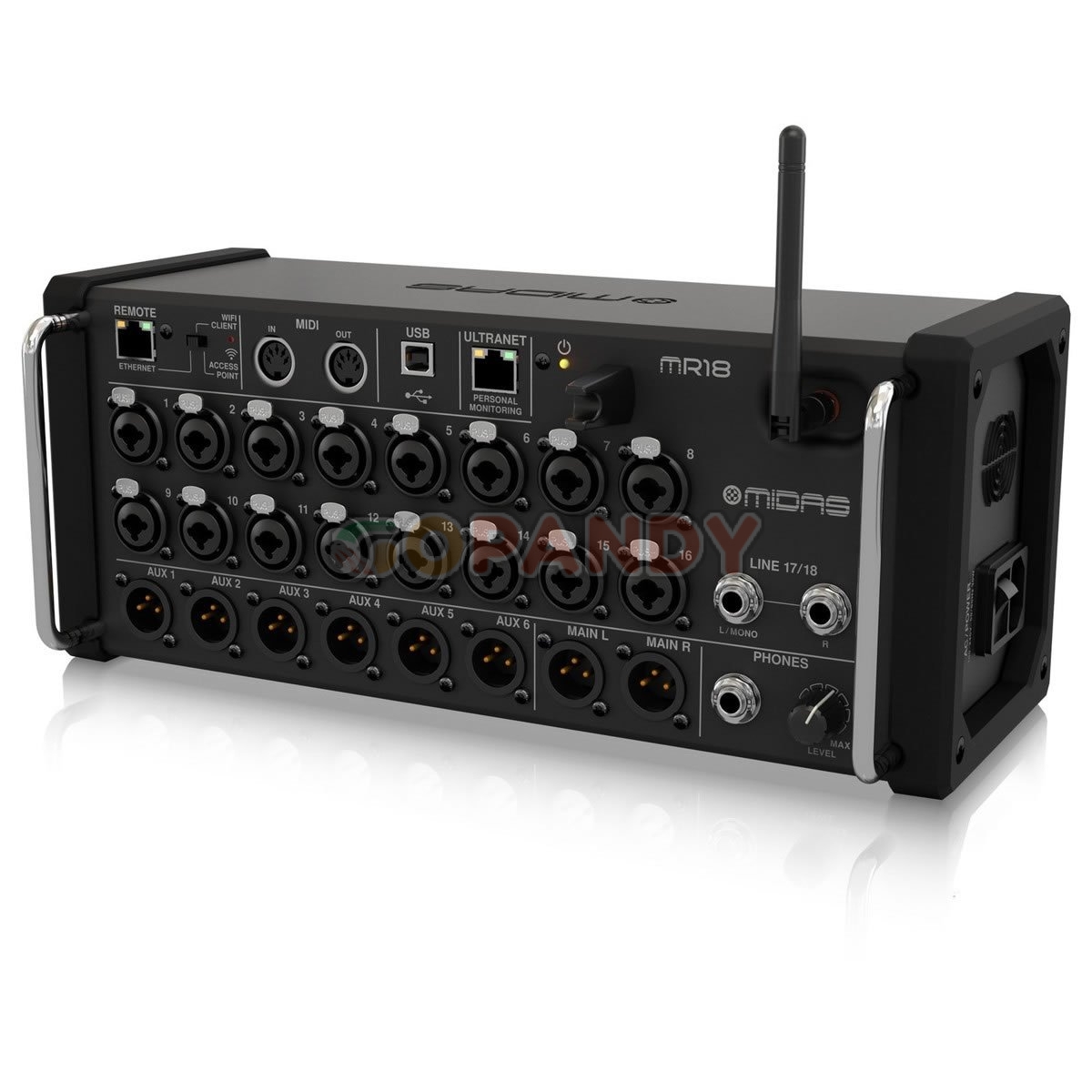 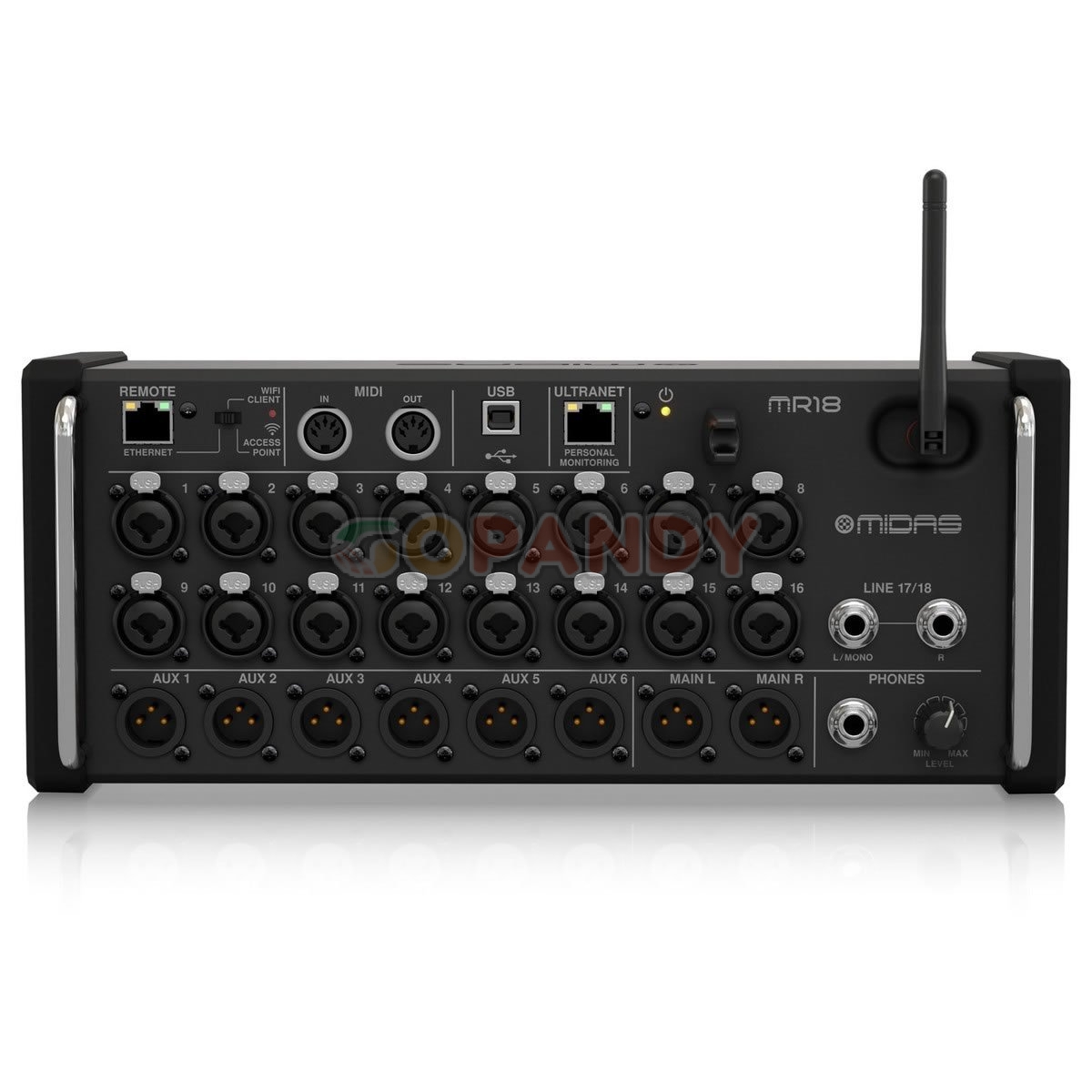 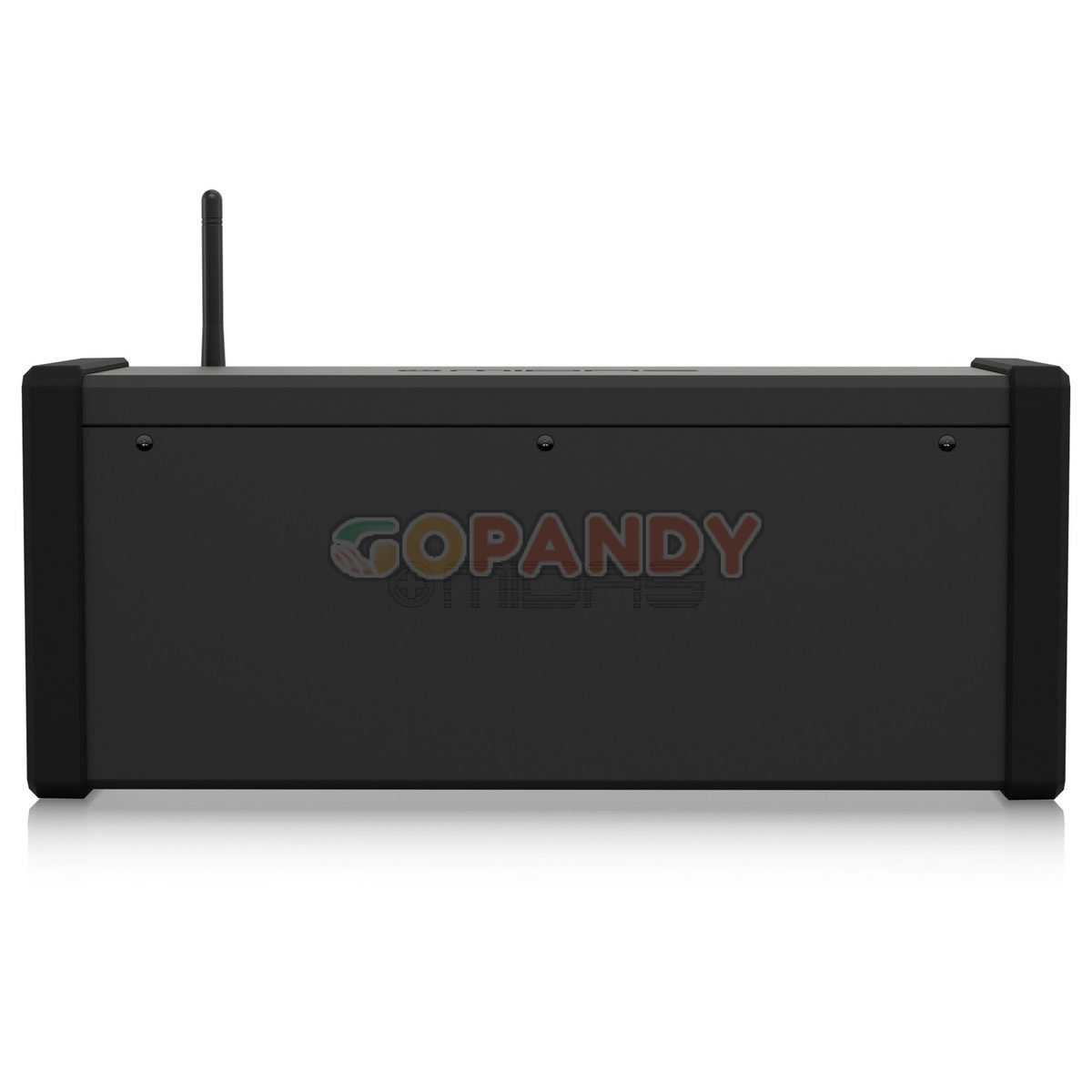 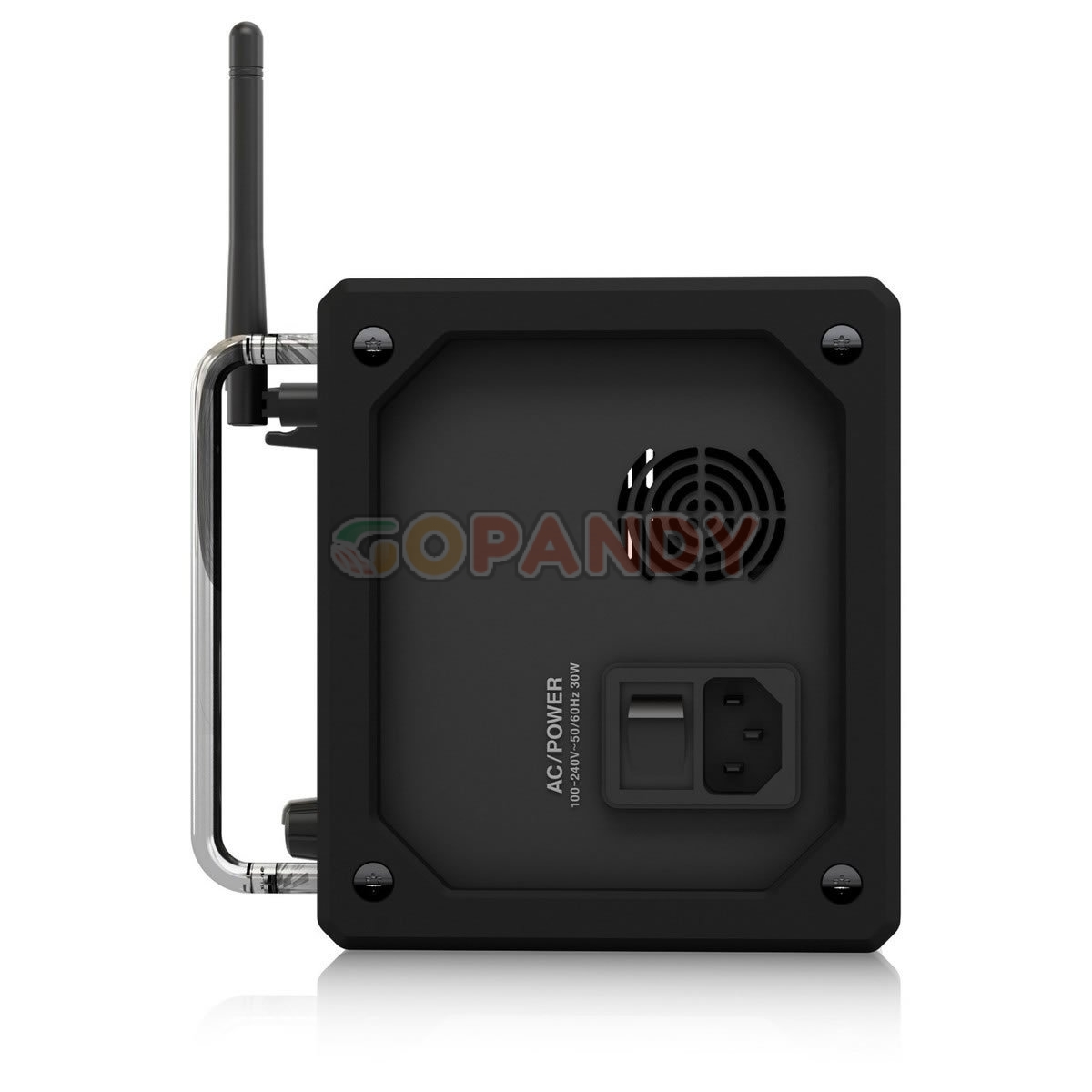 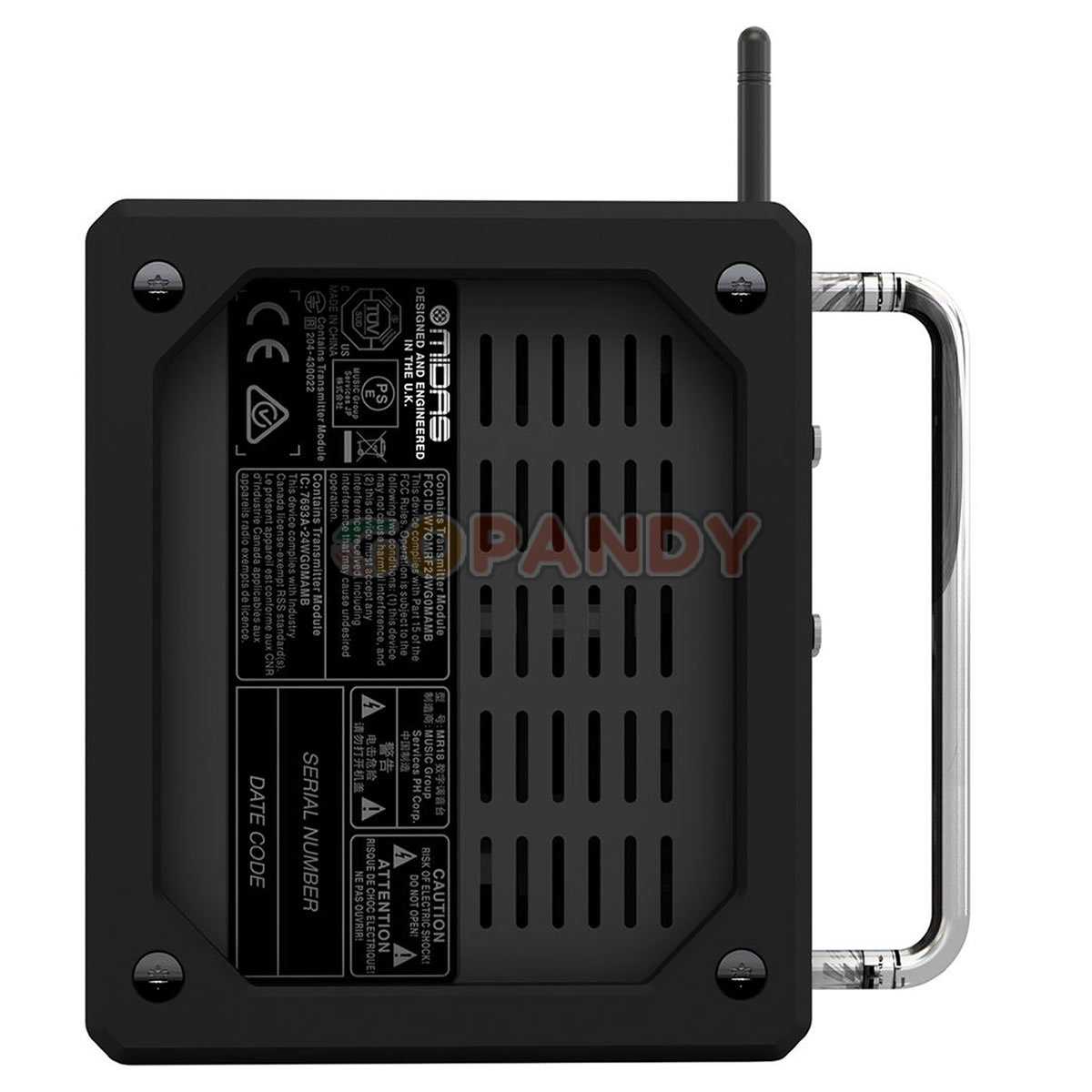 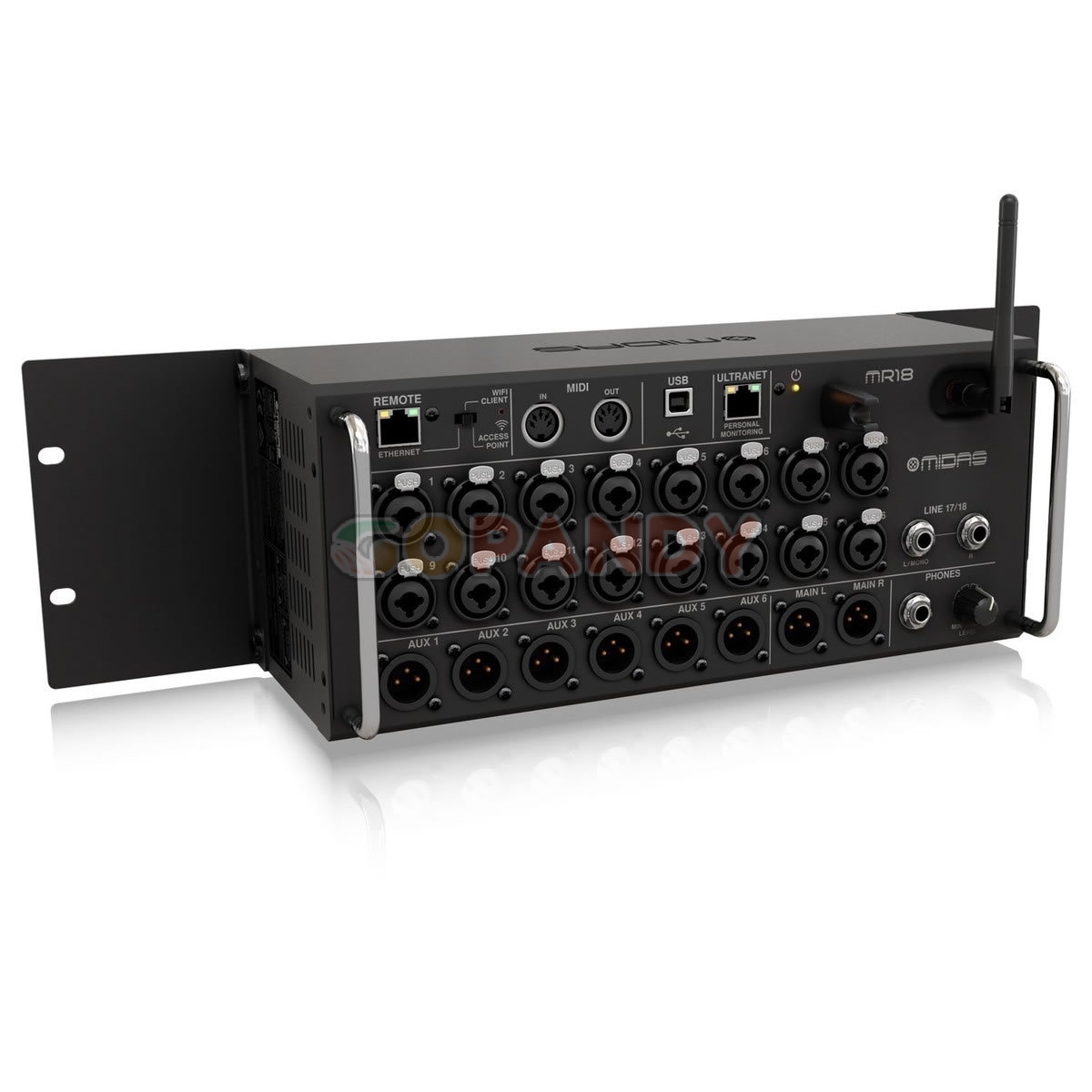 The MR18 from Midas is an 18-input, portable, rackmountable mixer for iPad and Android tablets. It can be used for both live and studio environments in applications for live stage, theater, houses of worship, rehearsals, and more. It features sixteen Midas mic preamps and an integrated Wi-Fi module for wireless control, giving you the ability to move around and manipulate all parameters of your mix. Furthermore, it has USB connectivity for file storage and future system updates. The built-in 18 x 18 channel, bidirectional USB interface makes the MR18 a powerful digital mixing solution for recording directly to your iPad or Windows computer. You can then dial-in a monitoring mix with effects and zero latency while sending your stereo mix and the keyboard player’s MIDI notes to your DAW for recording.

The MR18 has additional features including the MIDI in/out jack for controlling the mixer via MIDI equipment, using Mackie control protocol via a live-performance controller. This mixer also comes with several Midas effects, such as a Leisure compressor and leveling amplifier, mid/sides Fair compressor, a 5-band Combinator compressor, modulation delay, Sub Octaver, and an Edison EX1 that enables simple manipulation of the stereo field. Finally, the MR18 includes Sound Maxer and a dimensional chorus effect, which can help you to restore natural sheen and clarity to the original audio signal. Whether you’re recording in the studio, or you want to capture intimate live performances, it’s never been easier to record professional-sounding tracks with clarity.