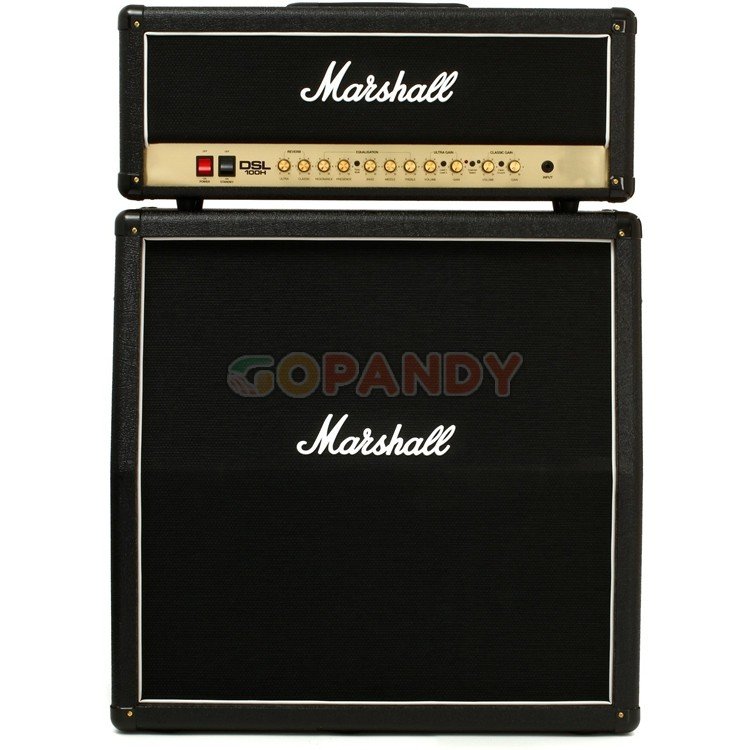 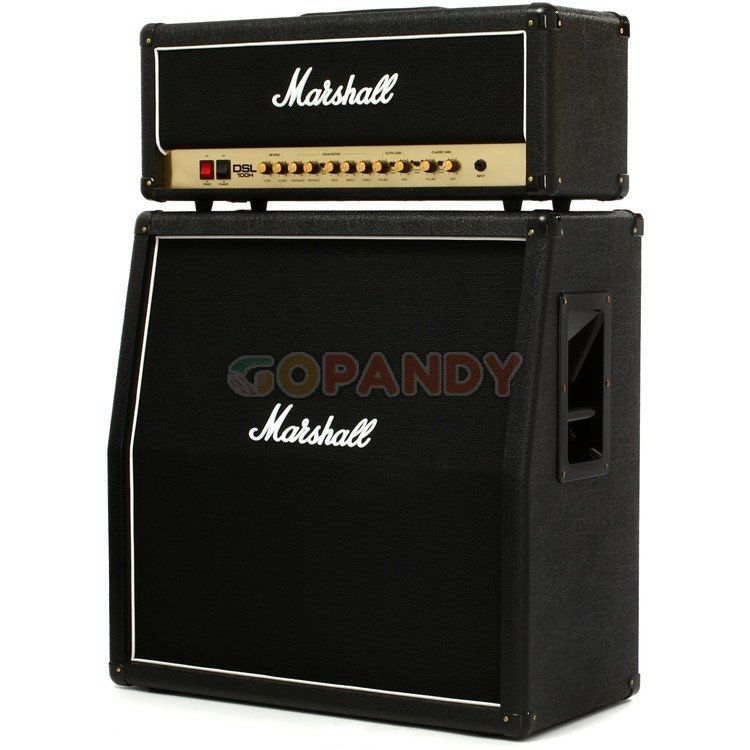 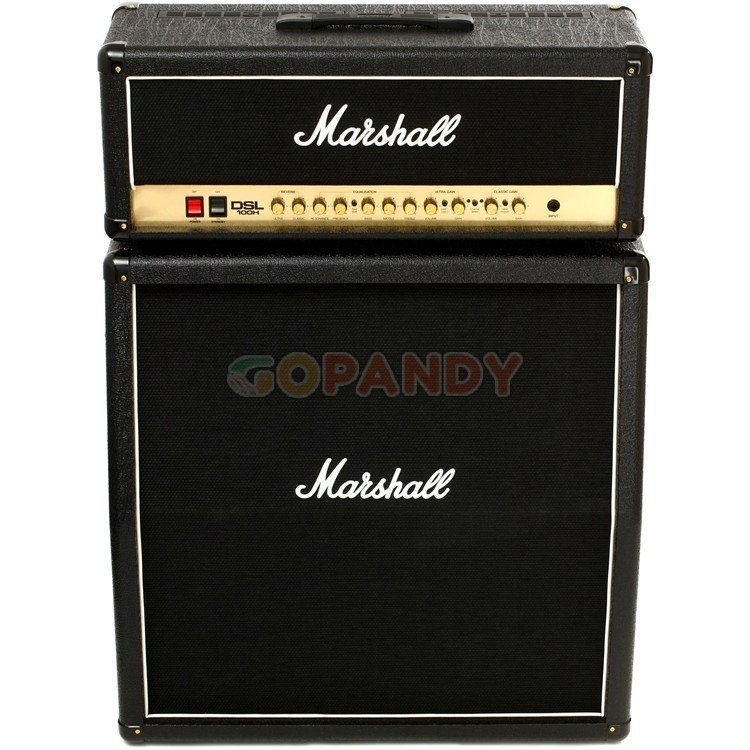 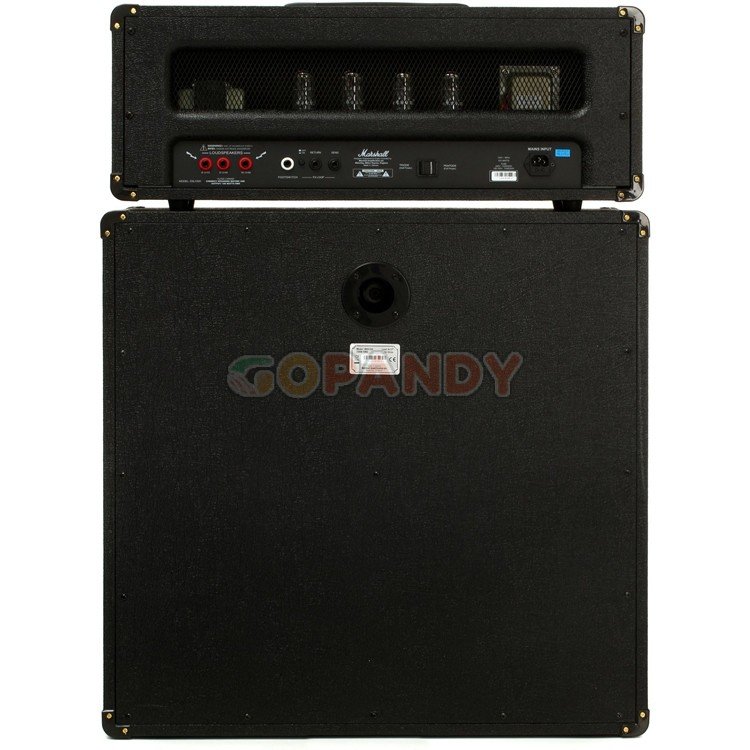 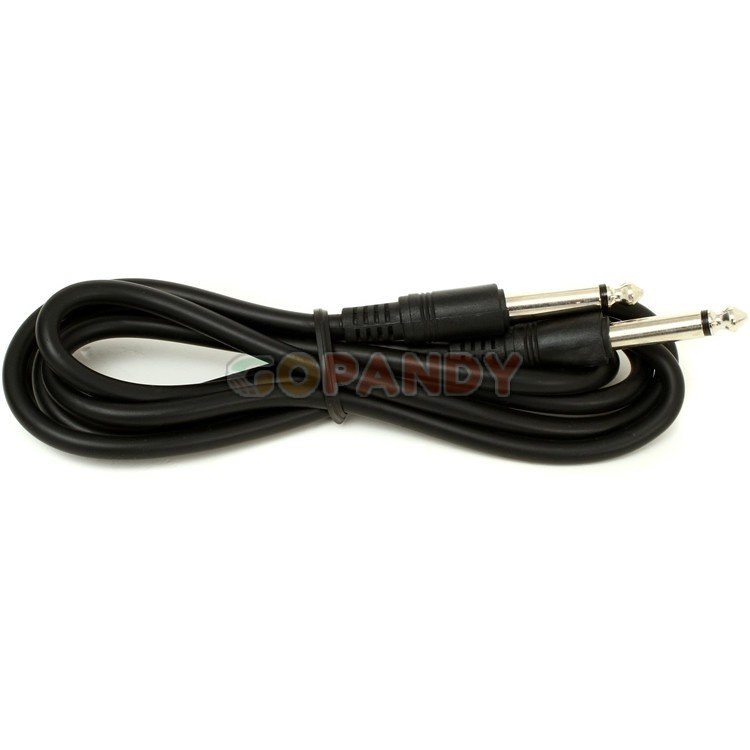 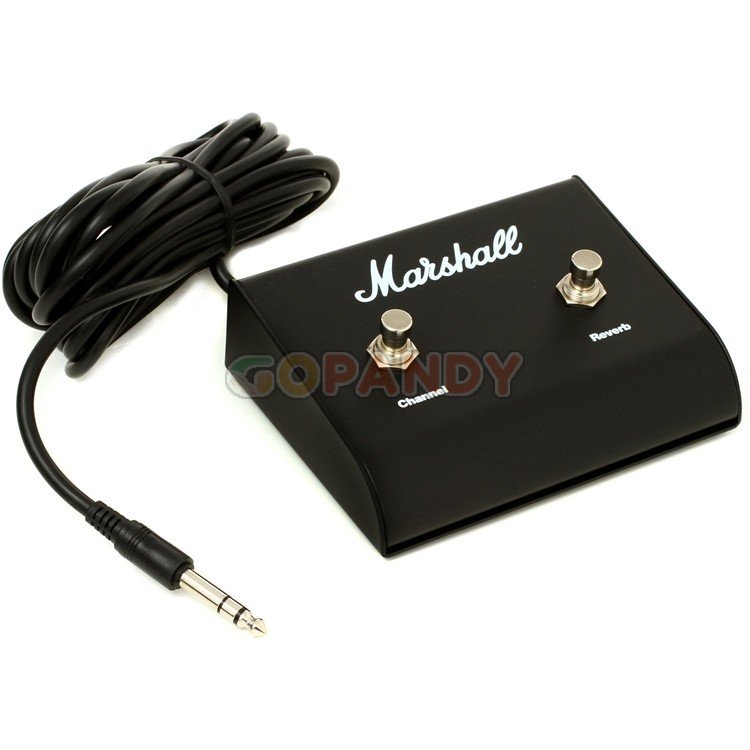 The Marshall DSL100H Head and MX412A Cabinet Bundle gives you the definitive rock tones you need for any gig. You get an all-tube DSL100H guitar amplifier head and an MX412 4 x 12″ cabinet in a single, gig-ready bundle. The DSL100H Dual Super Lead head fortifies your tone arsenal with fearsome tube power and the tastiest tonal qualities and features of both modern and vintage Marshalls – in one highly tweakable package. From glassy cleans to bone-rattling crunch to blistering high gain, your wish is the Marshall DSL100H Head and MX412A Cabinet Bundle’s command.

Marshall DSL100H Head and MX412A Cabinet Bundle at a Glance:

The Marshall DSL100H head hails from a revered lineage. Marshall introduced the JCM2000 Dual Super Lead (DSL) series amps in 1997. Right from the get-go, these all-tube monsters enjoyed enthusiastic approval by guitarists and the press alike, forming the backlines of top acts in all musical genres and bludgeoning audiences worldwide for a decade before being replaced by Marshall’s JVM series (a musical powerhouse in its own right). Considered the go-to rock amp by many tone-savvy guitarists, there is considerable pent-up demand for Dual Super Leads. Marshall hears you and is proud to introduce the new-and-improved DSL series.

Marshall’s DSL100H is an all-tube, twin-channel beast capable of conjuring any classic Marshall sound – past or present. Four ECC83s in the preamp section (in concert with the amp’s gain/master volume arrangement) give you stunning tone-shaping mojo, and with four EL34s in the engine room you’ve got the volume to rule any stage in the world. Sporting, in fact, precisely the same tube compliment and feature set as the original DSL100, Marshall has gone on to fit this monster with critical upgrades that give you even more control over your sound. You now get a resonance control (as opposed to the original’s fixed deep switch), letting you dial in your preferred amount of low-end girth. You also get studio-grade digital reverb (instead of spring), a rear-panel pentode/triode switch that drops the amp’s power to a club-and-studio-friendly 50 watts, and a bypassable rear-panel series FX loop. Marshall’s even included a 2-way footswitch for channel switching and reverb on/off.

Two channels and all the trimmings

The Marshall DSL100H sports two footswitchable channels: classic gain and ultra gain. Each channel boasts two modes: clean/crunch and lead 1/lead 2, respectively. With the DSL100H, you can go from glassy Plexi-esque cleans to JCM800-style snarl, hot-mod 2203, face-melting high gain to everything in between. To shape all this delectable Marshall tone, you get flexible shared 5-way EQ (treble, middle, bass, resonance, and presence) juiced with the thoughtful inclusion of a tone shift button – ideal for scooped modern metal mojo. Take it from Sweetwater’s guitar gurus – the DSL100H is ready to rock.

Let your half-stack dream rig come to life by adding the Marshall MX412 4 x 12″ guitar speaker cabinet to your DSL100H guitar amp head. The angled MX412 cabinet is made from extremely rugged MDF and covered in a classic black Tolex. Four Celestion G12E-60 12″ speakers deliver massive rock tone that only a Marshall can conjure up.